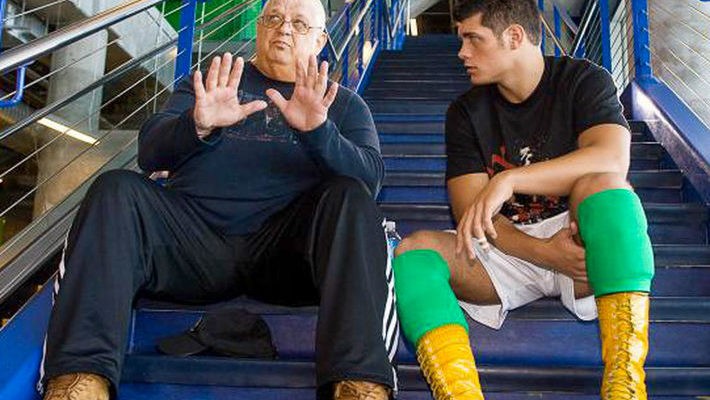 Cody Rhodes has followed his father’s footsteps into becoming a booker in wrestling and the creation of All Elite Wrestling has been one of the most noteworthy events of the wrestling world into the past few years.

The former WWE star was recently a guest on the new AEW Unrestricted podcast where he talked about a number of things with the guests Aubrey Edwards and Tony Schiavone.

During the interview, Cody talked about his father and said that if Dusty showed up as a ghost in his bedroom then he would have a real hard time explaining changes that have happened in wrestling:

“I always think what would happen if he just showed up. If he just showed up as a force ghost appearing in my bedroom. What the hell would I tell him about what’s happened in wrestling? I wouldn’t know what to tell him,” Cody said. “Like well I quit and then this. I wouldn’t know where to begin, but I think if he was around, even if he was still working for NXT, he’d want to come work here.”

The hosts then asked Cody if his father would have left his position in NXT to join his sons in WWE and replying to the question, the AEW star explained how loyal his father was:

“Hunter gave him that cushy, one day a week job at the Performance Center teaching promos where half the time they were watching movies and it was more like a life class which is what promo class should be. It was a pretty cushy gig that he had so I don’t know if my mom would let him come work here. I think she would,” Cody said. “He was really loyal, and he might have remained loyal. Who knows?”