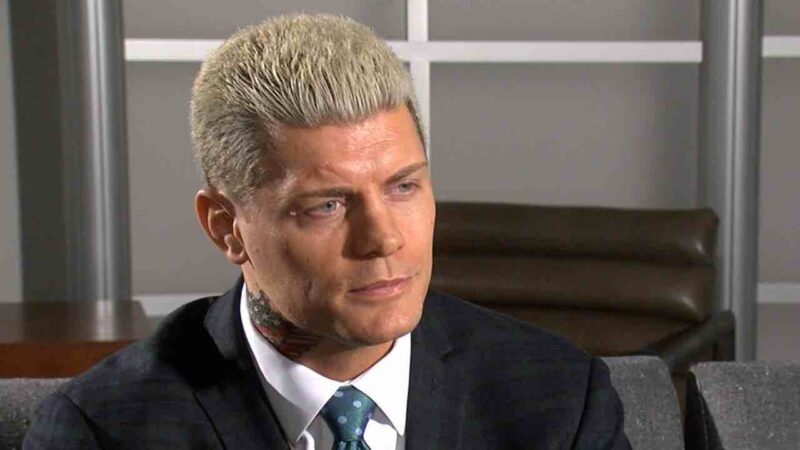 Cody Rhodes, who recently left All Elite Wrestling for WWE earlier this year will still be making his presence felt for his former employer as former AEW Heavyweight Champion, Kenny Omega would mention on Sunday that Rhodes will still be featured in the upcoming AEW video game.

In conversation with Sports Illustrated and Justin Barrasso, Omega would state: “This may come as a surprise to people, but Cody is still in the game. “I was very passionate about making sure his legacy and position within the company were preserved.”

Miro used to work in WWE as Rusev but got frustrated there. He eventually left WWE and made his AEW debut at the September 9, 2020, episode of Dynamite as Kip Sabian’s Best Man.

While speaking during a new interview with Fightful, Miro revealed that he had signed for less money in 2020.

“I gave Tony Khan a discount. I gave him a discount and said, ‘Tony, I will sign for this money because it’s the pandemic, but after that year and a half, we’re coming strong.’ I knew that he was signing the wrong guy. He was signing the Twitch guy. He’s basing his opinions on my Twitch and that’s where the whole thing with Kip started.

“I knew that wasn’t me. That’s just not who I am. I knew once the year and a half were over, I was going to show him who I am and what I’m capable of, and we’re going to sit down and talk like men for men’s money. That’s exactly what happened.”

In other news, current AEW Star and former WWE Superstar Chris Jericho is no doubt one of the most accomplished and popular pro wrestlers to have ever stepped foot inside the squared circle. He has competed in several promotions such as WCW, WWE, ECW, New Japan Pro Wrestling, and AEW among others. Chris Jericho also previously dropped a major return bombshell.