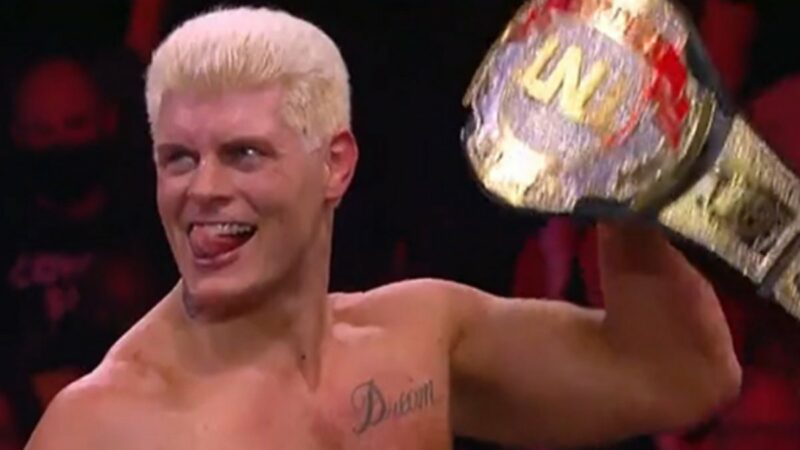 Cody Rhodes is following up on his word to get free AEW Dynamite tickets for a fan next week in Philadelphia despite leaving for WWE.

AEW tag-team FTR consisting of Dax Harwood and Cash Wheeler is one of the top teams in the pro-wrestling business. The team is currently the double tag team champions – in their first reign with both the ROH World Tag Team Championship and AAA World Tag Team Championship. They previously had a stint with WWE when they were known as Revival. It has now been noted that Fightful is reporting that WWE has expressed interest in bringing back FTR.

Their contracts are due to expire this summer and AEW has a one-year option that can be picked up. It was noted in the report that word should be coming soon on if AEW plans on picking up the option/contract extension. FTR has been getting a bigger push on AEW TV as of late. Their match on AEW Dynamite with The Young Bucks received rave reviews and many are calling their match with The Briscoes a contender for Match of the Year.

However, while things seem to be going well for Harwood and Wheeler in AEW, they have not ruled out a return to WWE. Last month, Dax was asked if he would ever return to WWE. His response was, “Yes, If the money and circumstances were right…”

During their previous WWE run, they had excellent matches in NXT but once they were brought up to the main roster, they were used primarily as a comedy act. It has been recently noted that ‘The Hitman’ will be in corner of FTR in an independent promotion. FTR and Bret Hart have a lot of mutual respect for each other. For a long time, FTR had made it clear they want Bret Hart to manage them. Big Time Wrestling announced that Bret Hart will be managing the tag-team at their Webster, MA event on June 10. FTR will be facing Brian Pillman Jr and Brock Anderson.