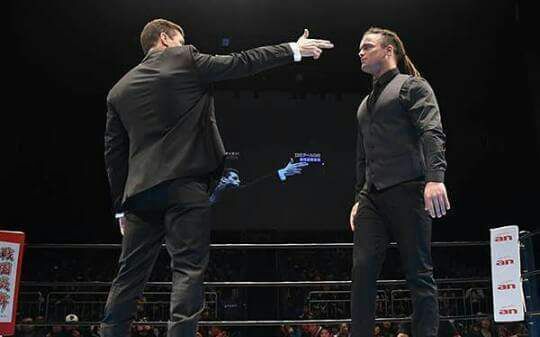 Back in November, Cody Rhodes stated that he felt a pop in his knee while throwing a t-shirt into the crowd. Eventually, he revealed that the meniscus of his right knee was heavily damaged, and would more than likely require surgery.

However, the American Nightmare opted to forgo the surgery until his contractual obligations with ROH and NJPW were through. This included an IWGP United States Championship defense against Juice Robinson at Wrestle Kingdom 13, a match that Rhodes doesn’t believe lived up to expectations.

My circle of friends fully aware I’ll do anything to get out of surgery tomorrow and they’re not having any of my bullshit pic.twitter.com/3kyDnd0Q9D

Rhodes posted a tweet making light of the fact that he’d be going under tomorrow to repair his knee. When a fan inquired about it, assuming like many that he wasn’t going to need surgery, after all, Rhodes responded.

Surgery is a must, I can’t afford to have another stinker like the dome match. https://t.co/RYCIl4xAQK

Rhodes and Robinson received a lot of criticism following the matchup at WK 13, and the American Nightmare blames it on having to work with one wheel, essentially. What this means for him in regards to AEW is unknown. Considering it wasn’t an ACL/MCL/PCL tear, he’ll more than likely be out for around 3 months, even less if it’s minor.