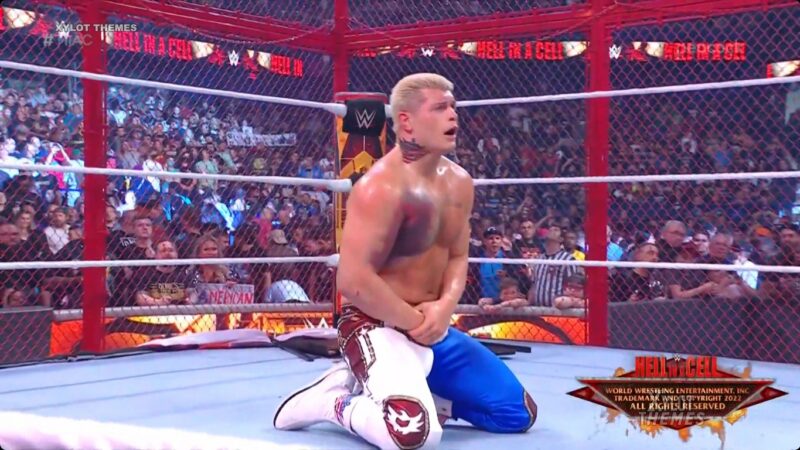 Cody Rhodes cut a promo out of character after WWE Hell in a Cell after beating Seth Rollins, as seen below.

(Feel free to use) pic.twitter.com/WCXb36MaOD

Rogan claimed that Tyson is “taking Mexican supplements” ahead of his reported return to the ring. It has been reported that ‘The Baddest Man on the Planet’ could be set for a return to boxing later this year as talk of a fight with Jake Paul continues to build. Tyson’s last appearance came in an exhibition bout in 2020 when he took on Roy Jones Jr.

The 55-year-old is expected to follow fellow former champion Floyd Mayweather by taking part in yet another exhibition clash. Joe Rogan has now compared Mayweather, who has been involved in several exhibition bouts since retiring in 2017, with the legendary Iron Mike.

“The difference between Floyd and Mike Tyson is Floyd’s a 155lb. Mike Tyson’s 220lb, solid as a rock.

“Even if he’s 55-years-old, he’s on all the Mexican supplements. He’s on everything. They use electrical muscular stimulation on him.”

Iron Mike is said to have bagged approximately £7.5million from his bout with Jones. But he recently claimed he would need to be offered a lot more before taking on 25-year-old Paul. When asked how much it would take to fight the controversial American on his podcast, Tyson said: “A billion bucks.” The legendary former heavyweight world champion returned to the ring in 2020 for an exhibition with Roy Jones Jr, which ended in a draw.