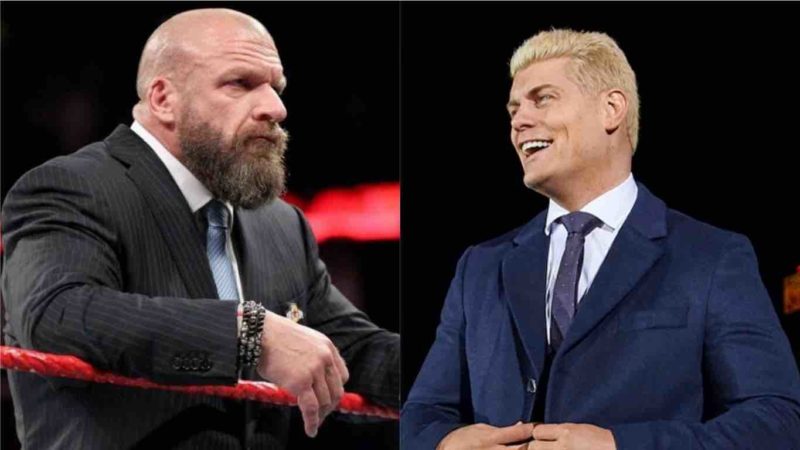 Cody Rhodes recently spoke out about the idea of recently released stars – Braun Strowman or Aleister Black taking the reigns as the new leader(s) of The Dark Order. While many thought that it would be a great gimmick for either star, Cody seemed to think otherwise…WWE Diva Released From Jail After Bad Arrest.

Braun Strowman and Aleister Black were both shocking to see leave out of the blue as WWE continue to cut costs by cutting behind the scenes help and in-ring performers. Braun and Black both had great runs in WWE and were seemingly over with fans at one point or another and the two were also pretty frequent on TV.

As with almost every star that leaves WWE, rumors started spreading that Braun and Black would eventually be seen in AEW. The rumors became too much and one fan had to ask Cody directly what the plan is or if there even is one for the former WWE stars.

The fan asked: “so @CodyRhodes, who’s gonna be the new leader of the dark order? @TommyEnd continuing his dark father gimmick or @BraunStrowman?!?!?”

Cody replied to the fan stating: “Those guys are both bad a***s – BUT Negative One is the leader of The Dark Order.”

The late Brodie Lee was revealed as the leader of The Dark Order last year and did a pretty good job at it. He squashed Cody for the TNT title and held it for a while before losing it back to him. After Lee’s passing, his son was named the new leader. While Cody didn’t seem to want them in the Dark Order, his compliments will fuel speculation that Black and Strowman could end up in AEW due to his top role in the company.