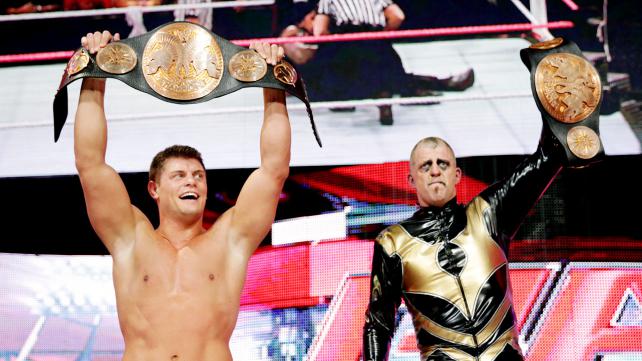 Cody Rhodes defended his brother Goldust after a certain fan referred to the latter as a career-long jobber.

Rhodes issued a fiery response to the fan, pointing out his brother’s accomplishments in WWE, besides trash-talking said fan.

Besides, on the most recent episode of Monday Night RAW, Goldust and R-Truth cut their respective promos hyping a potential matchup between one another.

The aforementioned promo featuring Goldust saw him insinuate that he will, indeed, return to the Golden Age once again and shine like the star that he’s always been, besides adding that the end of his rivalry with R-Truth won’t be either happy or sad, but simply ‘Golden’.

A WWE fan took note of Goldie’s comments and voiced his opinion on social media, completely unaware that the latter’s brother Cody Rhodes would get wind of the same-

I don’t know what @Goldust means when he says he’s back to his #GoldenAge because hasn’t Goldust always been a Jobber? #LOL

Goldust is presently involved in a feud with R-Truth on WWE’s RAW brand. Meanwhile, his younger brother Cody performs on the independent circuit.

Granted that Cody Rhodes has a dismal run in the latter stages of his WWE career however, the man is legitimately talented and ever since his departure from WWE has been accorded the opportunity to showcase his elite skills in several other promotions the world over.

On the other hand, Goldust’s professional wrestling career may be winding down but despite having gone through the rough n’ tumble business of wrestling for several years, Goldie still appears to be in excellent shape, and can still go.

As for the ‘fan’ insulting Goldust on social media, it’s merely a part and parcel of today’s world that’s out-and-out dominated by the internet. It’s a double-edged sword though and proved to be so as Cody issued a fitting response to the man.