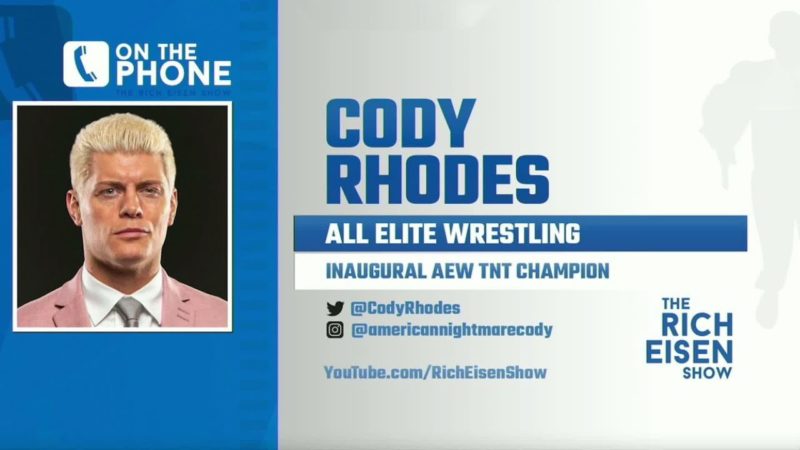 The story of how AEW came to be is one that will be told a lot for the years to come. The company’s inception can basically be credited to Dave Meltzer’s tweet, in which he made a bold claim that the Elite took on as a challenge and the rest is history.

Now, the company has completed one entire year on broadcast and it’s going strong on a weekly basis. In an interview with The Rich Eisen Show, AEW EVP Cody Rhodes talked about the company’s one-year-long journey and it’s recent endeavors.

Rhodes said that AEW has far surpassed his expectations and has grown into something much bigger. Rhodes said that the company going up against NXT on Wednesday Nights and still thriving on a weekly basis is a testament to the demand for pro-wrestling.

It’s been genuinely bigger than I anticipated. I knew the audience was there for it and a hunger was there, but the production and the scope of it and the success of it on Wednesday nights with Dynamite and and how it’s doing opposed by WWE.

That’s such a beautiful competition showcasing how many wrestling fans there are. I think since the last time we spoke I really stepped outside the political aspects of it and really just leaned into the things that I can control, the specific talent that I managed solely and help work with them on their interviews in their segments and then my own personal stuff.