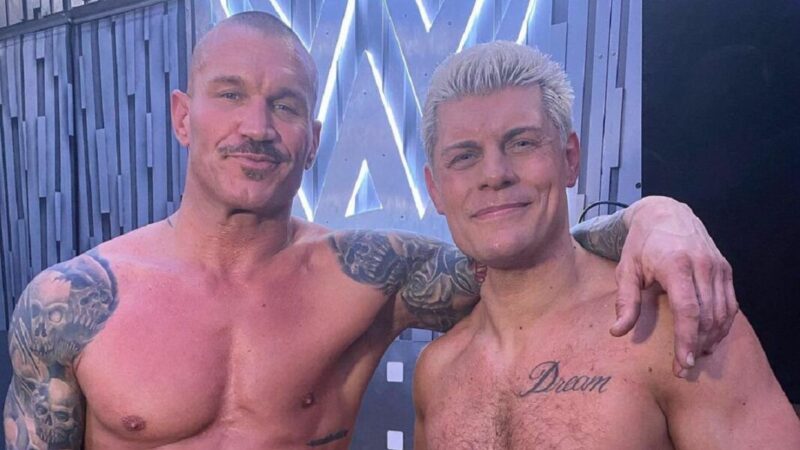 WWE stars Cody Rhodes and Randy Orton both have been sidelined with injuries. The former Legacy stablemates had suffered injuries which has kept them away from programming and they even missed the recently held Money In The Bank Premium Live Event.

‘The American Nightmare’ was recently spotted at his wrestling school. Cody defeated Seth Rollins for the third time since returning to WWE at WrestleMania 38. He has made it known that his goal is to honor his father, Dusty Rhodes, and capture the world title. Rhodes picked up a huge win over Rollins inside the Hell In A Cell at the namesake Premium Live event. It was previously speculated that he might be a part of the show as it was announced that he suffered an injury. He also cut an emotional promo following the victory.

Meanwhile, ‘The Viper’ seemingly had been dealing with back issues as per his tag-team partner Riddle. RK-Bro lost the Undisputed WWE Tag Team Championship match to The Usos on SmackDown a couple of weeks ago and it was the last time Orton had stepped foot inside the squared circle. It seems they are gearing up for their return.

WWE ran an advertisement for the August 29th episode of Raw, which will take place in Pittsburgh, Pennsylvania. The promotion is advertising Cody Rhodes for said episode of Monday Night Raw. WWE is also advertising Cody Rhodes in a street fight for the Atlantic City show on August 14th. While, Orton is being advertised for an upcoming house show. The July 16th Saturday Night’s Main Event will take place at the Donald L. Tucker Civic Center in Tallahassee, Florida.

We will now have to wait and see if they actually make their return to the programming as WWE often makes last minute changes.