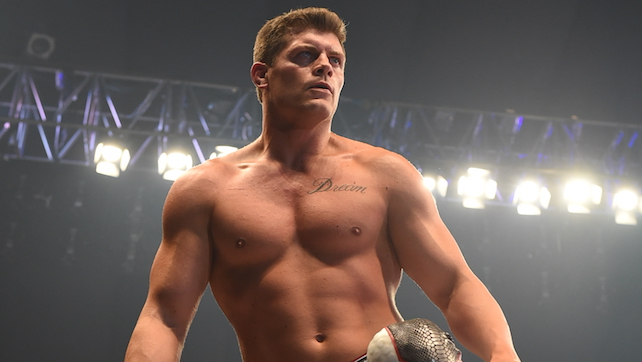 ALL IN is now over and it was a phenomenal show and a huge success. After the magnificent was over, the entire cast of Being the Elite came out and thanked the audience for coming. Cody Rhodes took the mic and subtly answered a question that everyone has been asking him lately.

As of late, several rumours and reports have surfaced online suggesting that the band is headed to the WWE together. However, after the event, Rhodes got in the ring and seemingly debunked these rumours. Rhodes took shots at the WWE saying that no single entity owns pro-wrestling and that he and the band are going to stick together.

Cody: "You're wondering what happens next with this group… we are all sticking together. No company. No entity owns pro wrestling. WE OWN PRO WRESTLING." #ALLIN