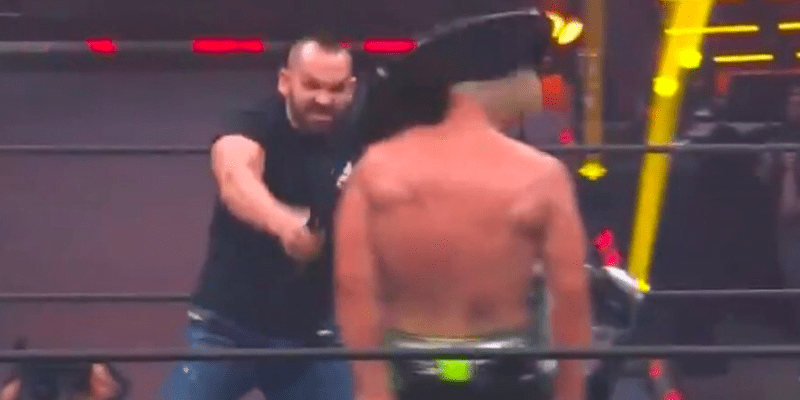 Cody Rhodes recently spoke to Bully Ray on Busted Open Radio, where he talked about not being interested in attracting the ”casual fans” of wrestling who are only interested in the Attitude Era-type of product.

“You guys have heard the term ‘casual fan.’ Oh, how are they going to get the ‘casual fan’? I honestly threw up in my mouth every time I heard it because it’s this vernacular to describe wrestling that it is based on the Monday Night Wars,” said Cody. “When the Monday Night Wars are over, they are not a thing, and are not happening here and now in the present. What is happening in the here and now is not something we can determine what it is, it’s something only history will be able to tell us.

“My focus is always the base that built AEW, and that base, if you have seen it you get it. And if you haven’t seen it it’s just something that you have to see and feel. Bully knows what I am talking about. There is a lot of confidence that sometimes can get misplaced for arrogance on my behalf or on the Elite’s behalf, but I have seen the power. I have seen it and that is why I want to focus on them first and foremost. There are people who are critical of what AEW does, and instead of signal boosting that, I would rather 100 of the fans that we have in that base than that one salty, son of a b***h who is not coming on board. I have to take care of the people who brought us to the dance in the first place and I think that will be appealing on a global level. I genuinely do.”

Shawn Spears, who went by the name Tye Dillinger in WWE, had a very forgettable run in WWE. He certainly made an impact when he made his debut at AEW Fyter Fest. He busted open Cody Rhodes with a chair shot to the head. Rhodes was asked how they were able to get Spears over so quickly.

“It took a snap of a finger and it took ten staples to the back of my head,” Cody said of the results of the chair shot. “I think the answer with how somebody like Shawn Spears goes from toiling in obscurity from the middle card, I should know that answer better than anybody because I was toiling in the middle card.”

Cody Rhodes and Shawn Spears have a lot of history and the two will face off against each other at AEW All Out this month. It is sure to be a great one.
h/t to Wrestling Inc for the transcription.