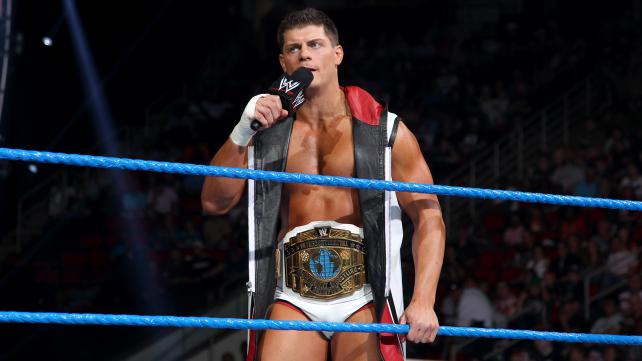 In the latest episode of The Ric Flair Show, former WWE superstar Cody Rhodes sat down with Hall of Famer Ric Flair to discuss his recent release from the WWE and how many people seem to overlook WWE star Dolph Ziggler.

On his WWE release:

“There are a lot of motivations for my departure from WWE, but, certainly, like, wanting to prove something. I can tell you 100% that WWE and myself have gone separate ways. I saw even there was a rumor about, like, a merchandising contract, but I think that might extend from the fact that the only discussion, post-WWE, was about my dad’s books and it was very important to me that they granted me the rights to write his book before I left, but it was important. I knew that was one of the big risks I was taking with leaving.”

“He’s a very tough kid and he’s one of those [guys] who has the earned reputation, backstage at least, of ‘you’re going to get tied up if this goes further’. He’s the real deal. I think that people forget because he’s not necessarily as big as Brock Lesnar or Jack Swagger or some of the guys with an amateur acumen, Dolph Ziggler is like Kent State’s most winning wrestler. That man, when he wants to, we had a couple [of matches]. [Flair] watched him in that referee’s position that one time, there were a couple of nights where I was a little worried and then getting a little pissed too, like, ‘well, I’m going to give him the best thing I find in Georgia, the old double leg something.’”