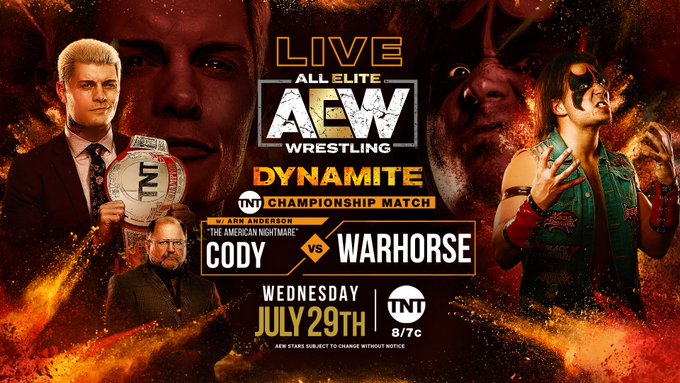 AEW has announced on their company Twitter account that indie sensation WARHORSE will be the next competitor to challenge Cody Rhodes for the TNT championship. The bout will take place on next week’s episode of Dynamite, which will be running live following a taped show.

You asked for it. You got it.
Next week on Dynamite – @CodyRhodes defends his TNT Championship against the challenger @JPWARHORSE.

Below is the updated card for Dynamite:

-Cody Rhodes vs. WARHORSE for the TNT championship

-Hangman Page & Kenny Omega vs. The Dark Order for the AEW tag championship

-Hikaru Shida vs. Diamante in a non-title matchup