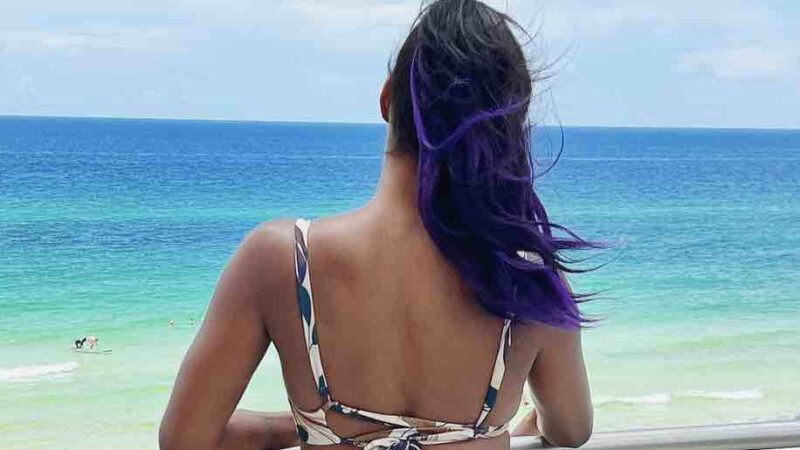 Brandi is beautiful and a former WWE female personality, and troubling news has just come out about how women have been treated in WWE. WWE executive Kevin Dunn would nix the storyline if the female WWE counterparts were not ‘pretty’ as claimed by former WWE writer Freddie Prinze Jr.

During his Wrestling With Freddie podcast, former WWE writer Freddie Prinze Jr. talked about dealing with Vince McMahon and executive producer Kevin Dunn during the Divas era of the women’s division…

“It’s a very random low-key era where the numbers weren’t great and people missed out on a few wrestlers peaks like the Beth Phoenixs of the world. Like she kind of had her peak. It was at a time where Total Divas wasn’t a thing yet, so the women didn’t get that much love. So if she was gonna get any time as a champion, which she should have had a lot of they’re like, ‘Well, we gotta pair with Santino.’ So then she had like a thing with Santino where they were, they both had a title and Santino would do his comedy stuff and then she would save him when he would like run like a girl. So it was this weird, low-key, under-the-radar time where we were all kind of held hostage by the whims of Vince and Kevin Dunn, man. One guy who loves wrestling right with all his heart, more than his family, more than his dogs, and then this other guy who I never got the sense liked wrestling at all.

He was trying to turn it into the NFL, or Tyson vs. Holyfield, which is cool, man. But it wasn’t wrestling. So, you just see this room of, they’re probably 20 writers when I worked there, and it was just 20 writers throwing sand against a tidal wave. You could pitch for 20 minutes. Kevin would be like,’ Well, I don’t think she’s pretty,’ and all of a sudden, like six weeks of story, was just gone. It’s like, ‘Well, our champ has to be pretty.’ it’s like, ‘Yo, do you think Mankind was pretty?’ You could throw out a number of how many less-than-handsome male champions have existed, and I shall exceed it. But it would be dead it would just be dead because he would say one thing.”

Vince McMahon recently sent shock waves with his announcement. He announced that he is retiring from his roles as Chairman and CEO of WWE. It was later clarified that he was also done with his work on creative.

A new update emerged to that initial report by Fightful Select has revealed there are rumors among talent that expect Kevin Dunn to be the next to leave, though for now Dunn and Bruce Prichard were the points of contact on SmackDown. Dunn was also a part of the talent meeting that was held earlier yesterday. There is a 50-50 chance Prichard might be departing the company, while Dunn is expected to be gone by the end of the year. Stephanie McMahon and Triple H have had heat with Dunn and Prichard in the past.