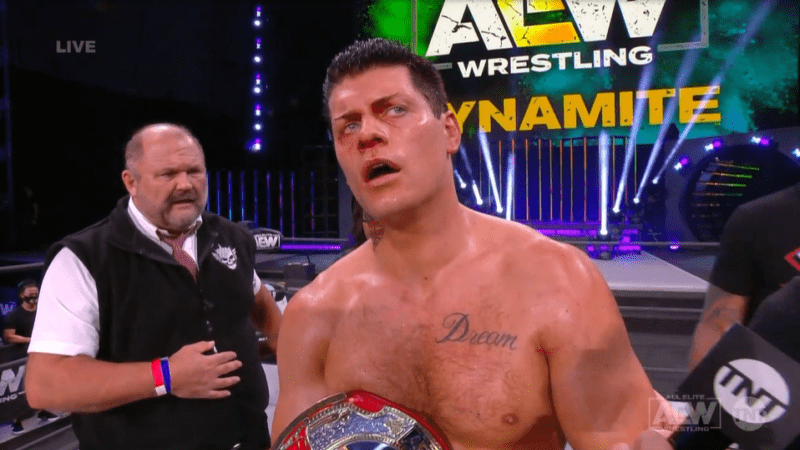 Cody Rhodes lost the TNT Championship against Brodie Lee in a squash match. Rhodes made his return recently on AEW Dynamite, changing his look. He then accepted Brodie Lee’s challenge for a dog collar match.

On this week’s episode of AEW Dynamite, Cody Rhodes squared off against Brodie Lee in the dog collar match, where the TNT Championship was on the line.

It was a brutal match, where both competitors showed the signs of war as both were bleeding. John Silver was also busted open and had to leave early.

The final moments of the match saw Cody wrapping Lee’s head with the 16-foot steel chain and then performing his finishing manoeuvre for the three count.

Cody is now a two-time TNT Champion. Following Rhodes’ promo, Orange Cassidy came out and said nothing. He simply gave Cody a thumbs up and left.