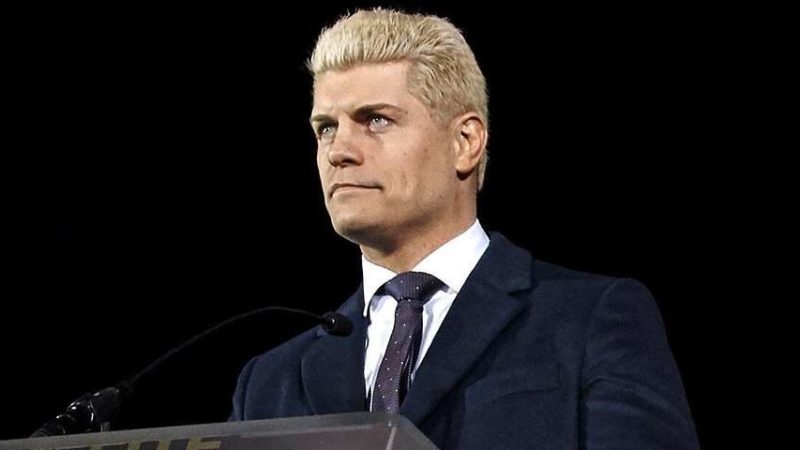 Cody Rhodes was rumored to be in Poland on a layover to Saudi Arabia for WWE Elimination Chamber, but it turns out that this is not true, as seen in a photo below.

The Cody Rhodes “in Poland” photo that is going around is from a December meet and greet. pic.twitter.com/UaJP2Gn2yo

In the men’s match, the WWE Championship will be on the line as Bobby Lashley defends against Brock Lesnar, Seth Rollins, AJ Styles, Austin Theory, and Riddle. The Women’s Chamber match has a WrestleMania title shot on the line and features Liv Morgan, Rhea Ripley, Bianca Belair, Doudrop, Nikki A.S.H., and the returning Alexa Bliss.

Vince McMahon is busy with the plans of the matches

It seems that Vince has planned the matches to take place in a specific manner. Vince has been very busy backstage at the show. The WWE head is taking a particular interest in the Elimination Chamber contests. Mike Johnson of PW Insider reported that McMahon has very specific ideas for how he wants the matches to go.

“Obviously, Vince McMahon has a private office backstage as well.  We are told McMahon is being very specific about what he wants out of the Elimination Chamber matches and some of the originally planned spots for the Women’s bout have been changed so they don’t mirror what is planned for the Men’s bout.”

The outcomes of both the matches will affect the card on WrestleMania 38. WWE has earned a huge revenue with the event and Vince would want it to be all perfect for the fans.

In other news concerning Vince McMahon WWE Hall of Famer and current AEW star Jake ‘The Snake’ Roberts recently stated on the DDP Snake Pit podcast how McMahon ruined one of professional wrestling and sports entertainment’s most iconic specialty match types. Credit to Wrestling Inc for the below

“Vince McMahon, for all the good he did in wrestling, he ruined the cage match,” Roberts said. “When he made the cage match, the finish, you had to escape the cage. That was the whole reason you had the cage. You had the cage to keep that chickens*** in the ring with you so you could get even with him and so you could keep other people out. And Vince ruined the whole damn thing. He said the first one that escapes this cage is the winner. Are you serious? That blows off all of the heat.”