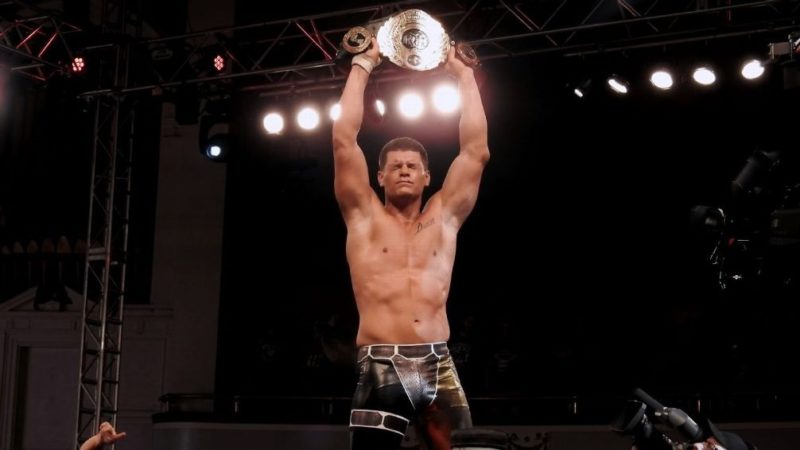 The American Nightmare has had an incredibly successful career outside of the WWE. Cody has become a top star around the world, joining the Bullet Club back in late 2016, and has dominated both ROH and New Japan Pro Wrestling.

When Cody defeated Christopher Daniels for the ROH World Championship, he finally gained the recognition he felt he deserved. On the E&C Podcast, Cody told Edge and Christian about receiving a congratulatory text from The Game.

The coolest feeling in the world is to have text messages from people in our industry who don’t have to text you. Somebody like Triple H telling me ‘congrats’ for winning the ROH World title…it makes what we do real.

My dad always told me that was the only real thing we do..the World Title.

In just a few years, Cody has gone from a mid-carder in the WWE to a headliner in almost every company he’s appeared for. Winning the World Championship meant a lot to him, and it’s great to see someone he respects so much in Triple H give him props for finally achieving his dream.