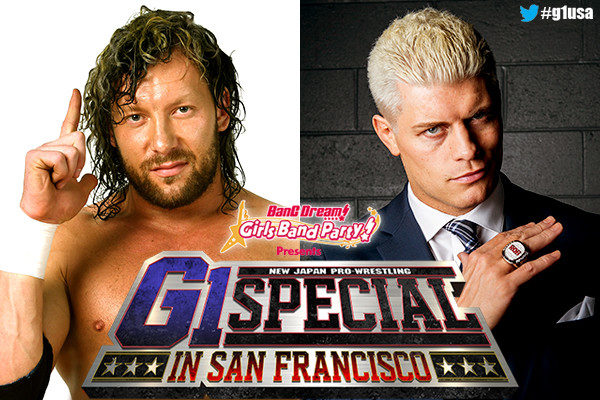 Kenny Omega and Cody have never really gotten along since the latter joined the Bullet Club back in 2016. The American Nightmare has spent the better part of two years slowly attempting to seize control of NJPW’s biggest stable.

Kenny Omega’s thirst for gold and complicated relationship with tag team partner Kota Ibushi didn’t help the situation, as tension built between Omega and the rest of the Bullet Club for well over a year. Cody’s mind games and politics eventually caused a riff between Omega and the Young Bucks, but the three eventually put aside their differences.

For the biggest prize in #njpw .For leadership of the #BulletClub . It finally ends with this one last match. https://t.co/pAkH63PIBC

Omega and Cody will finally put an end to their feud and the question that has long hung over the heads of NJPW and Bullet Club fans: Who is the leader of Bullet Club?

While Omega has been the top dog in the group for a while now, Cody’s convinced a few members, like Marty Scurll and Adam “Hangman” Paige that he should be the one leading the group going forward.

At the G1 Special in San Francisco this Saturday, Kenny Omega will put both his IWGP Heavyweight Championship and the leadership of the Bullet Club on the line against Cody.