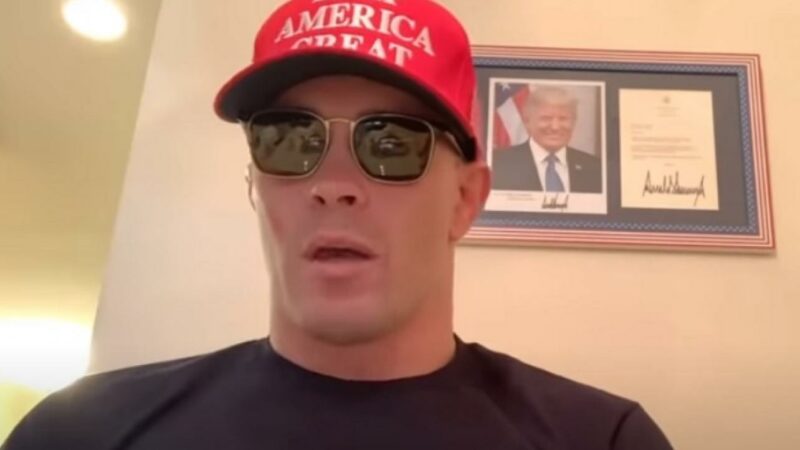 Colby Covington showed a different side

Burns bagged a win at UFC 283 with a first-round submission of Neil Magny. The victory was all the sweeter as it came in the Brazilian’s hometown of Rio de Janeiro, which hosted the UFC for the first time since the pandemic hit.

Burns now looks on track to make another run at the welterweight title. The 36-year-old has for the preceding years fought the who’s who of the division, with victories over Stephen Thompson and Tyron Woodley, and losses to Kamaru Usman and most recently Khamzat Chimaev. But there remains one 170-pound stalwart who Burns is yet to face, namely Colby Covington.

Covington, who hasn’t fought since his victory over Jorge Masvidal in March often grabs headlines for his controversial antics. But a select few fighters have caught glimpses of his true character and have astonished fans with tales of Colby’s genuine personality.

At the UFC 283 post-fight press conference, the Brazilian regaled press of the bizarre experience of encountering Covington’s rarely-seen alter ego.

“To be honest, I saw Colby 3 ½ months ago. I was in the Guitar,” said Burns. “There was a Brazilian concert in the Guitar, and I think he just left the poker room. And I was passing by and I looked in there and said, there’s Colby over there. And I looked at him. And I shook my head and he said, ‘Come here.’ And I said, ‘Oh, shit, it’s on. And I walked to him and said, ‘Oh, shit, it’s on.’”

To Burns’ shock, however, he soon realized that this Colby was far more deferential than the one fans are accustomed to.

“And I walked to him and (told my wife to wait),” continued Burns. “And I was ready and said, ‘What’s up?’ And he said, ‘I’m a huge fan, brother.’ And he was super cool. I’m pretty honest right now. I don’t have to lie. He was super cool. ’Oh, I’m a huge fan. I’m a character. I just wanna make money. I appreciate you. I know you have a beautiful family. And he was super cool. Because (it was continuous) for over two minutes. ‘Bro, I like what you (did in your) last fight. And I was just like, ‘Man, look at this guy.’”