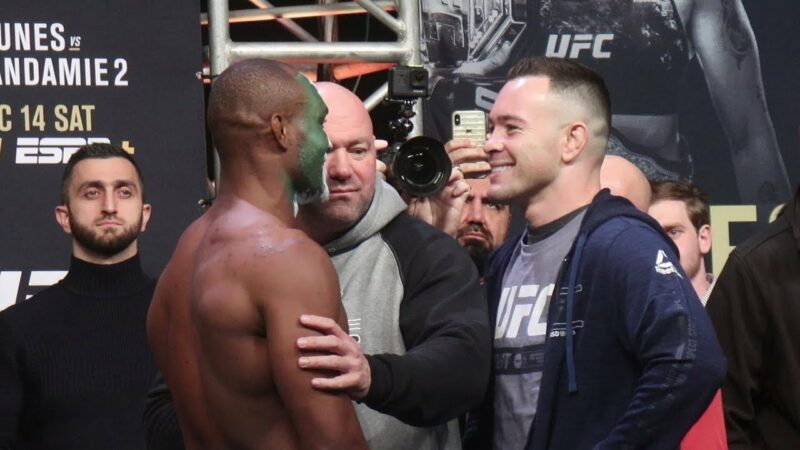 “So, we know his name is ‘Marty Juiceman’ now. He’s the CEO of EPO. And, you know, there’s a reason there’s a chemical imbalance. You can see the pimples all over his back, all over his face, you know. Dude, you’re a 36-year-old man. You think you’re gonna have a chemical imbalance in your age, like you’re going through puberty in your mid-30s? So, you know, I do think he s**ks, though. I think he’s a cheater. I would’ve finished him in that first fight if he didn’t get a fake timeout.”

Kamaru Usman was born in Auchi, Nigeria, and moved to Dallas, Texas, USA, at the age of eight. He later lived in Nebraska as a university student, back when he was training as an amateur wrestler. The reigning UFC welterweight champion was known by his nickname ‘Marty’ in wrestling circles. On that note, Colby Covington has often questioned Usman’s Nigerian background.

Covington was asked why he derisively refers to Kamaru as Marty. ‘Chaos’ replied by stating:

“Well, you know, Kevin, I’m not being derisive calling him ‘Marty’. He chose to put [the name Marty] on his college admissions ticket going to school in Nebraska because he was born in Dallas. He’s not even Nigerian. He’s never been in Nigeria – I mean, unless there’s a Nigeria in Texas, then, I guess you can call him Nigerian. Because, you know, I don’t know. Is there a Nigeria in Texas? But he put on his college admissions to be called Marty. So, I’m just calling him what he wants to be called. If you go look at all his tournament wrestling brackets in college, Marty Usman was his name.”