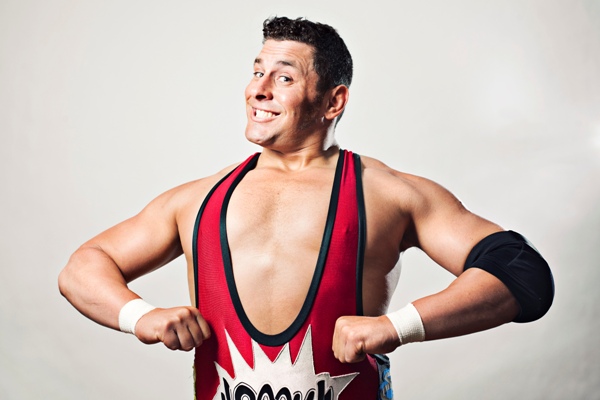 Current NWA National Champion Colt Cabana has been known to portray a ‘goofball’ character as opposed to his current persona in NWA. The man who will be facing Ricky Starks and Aron Stevens in a three-way match to defend his National Champion at the upcoming PPV – Into The Fire – spoke to WrestleZone about NWA owner Billy Corgan’s vision and the reason why he has taken to a more serious approach to his character on NWA Powerrr.

I can wrestle anyway. You want me to be serious? I’ll be serious, but if you leave it up to me, I will be the goofball that I am, that’s the wrestling I prefer,” Cabana said, “but Billy Corgan has a vision and that’s his vision and I respect it. I’m in that role and I’m going to do that role for him and I’m going to enjoy it because I love wrestling and so I have no problem doing that and I enjoy it to an aspect.

Colt Cabana managed to win the National Championship by defeating James Storm on an episode of NWA Powerrr and is now set to defend it against two top Superstars. James Storm, on the other hand, will be facing NWA World Champion Nick Aldis at Into The Fire on December 14th 2019.