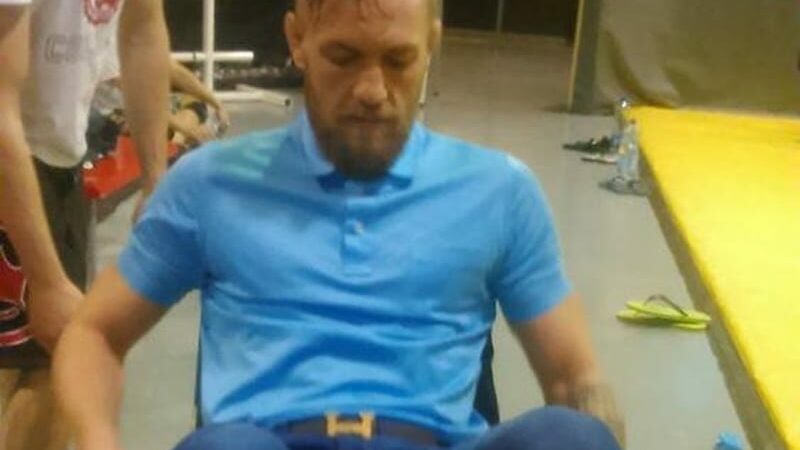 The former UFC Double Champion Conor McGregor is one of the top stars of the promotion. Fans have been buzzing about him after he recently posted a bizarre video clip. He was spotted screaming in the clip and flaunted his physique. MMA fans accused a visibly jacked McGregor of taking drugs and poked fun at him.

The video posted by McGregor drew polarizing reactions from fans. Some fans went on to claim that ‘The Notorious’ is definitely on drugs:
“When the coke fire as f***”

Another fan wrote:
”This man Conor Mcgregor is definitely on the juice no doubt about it.”

@gillarmet scoffingly wote:
”There’s no man on planet earth that wants to be 6 foot tall more than Conor McGregor”

McGregor has been sidelined from action after he endured a horrendous leg injury in his third fight against Dustin Poirier at UFC 264. The Irishman has resumed proper training and is eyeing a potential comeback in 2023. This is not the only time McGregor has been accused of something. He often grabs the headlines for his controversial comments and antics. He was recently accused of being ‘rattled’ after calling a young cancer survivor a ‘prune head’ during a bizarre rant on social media last night.

The UFC star fired back at student Sam Sallick after the young American claimed the professional brawler was ‘ageing rapidly’.  Appearing offended by the comment, the 34-year-old former MMA champion fired back in a now-deleted tweet to his nine million-strong army of fans.