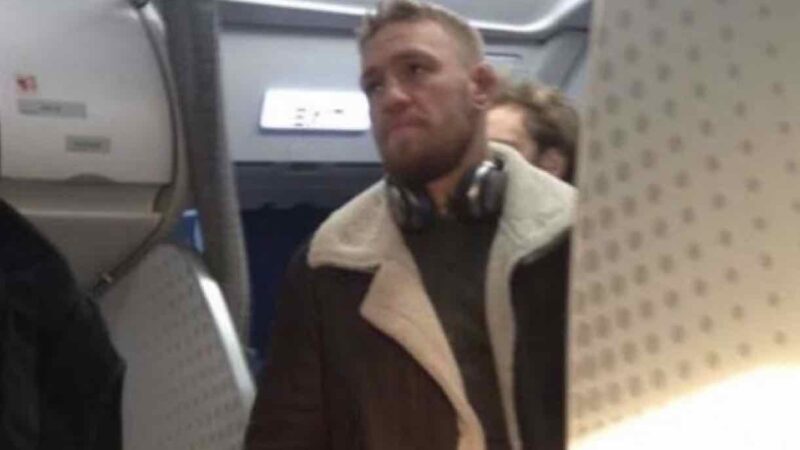 The former UFC Double Champion Conor McGregor often grabs the headlines for his controversial comments and antics. He has now been accused of being ‘rattled’ after calling a young cancer survivor a ‘prune head’ during a bizarre rant on social media last night.

The UFC star fired back at student Sam Sallick after the young American claimed the professional brawler was ‘ageing rapidly’.  Appearing offended by the comment, the 34-year-old former MMA champion fired back in a now-deleted tweet to his nine million-strong army of fans.

In a later post on social media – which was also deleted – the Irishman added:

“Despite contrary belief, I never fire the first shot in verbal warfare or disrespect. I end it with bombs that obliterate the original comments or remarks but never fire first.”

Sam was left ‘annoyed’ with McGregor lovers calling him a ‘prune’ and ‘little twerp’, before mocking his appearance, with one saying: “You look like you could be anywhere from 15 to 49.”

But he also received support online, with one person tweeting: “Brotha you made it, this is a win for you,” and another adding: “You rattled him.”

The bullying comments come after Mr Sallick dealt with a lengthy battle against a rare form of cancer.  He was diagnosed with, a very rare bone cancer affecting about 200 children and young adults in the US every year, in 2019 while at high school. It has been noted that he also faced a grueling 17 rounds of chemotherapy treatment and three surgeries before beating the illness. He now proudly calls himself a ‘cancer survivor’ in his Twitter bio. 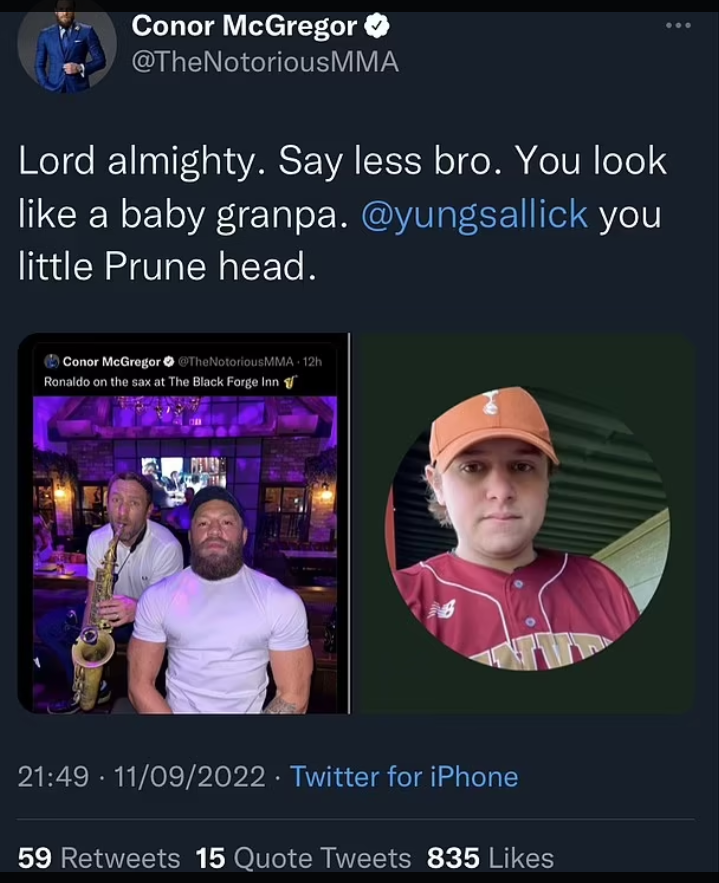 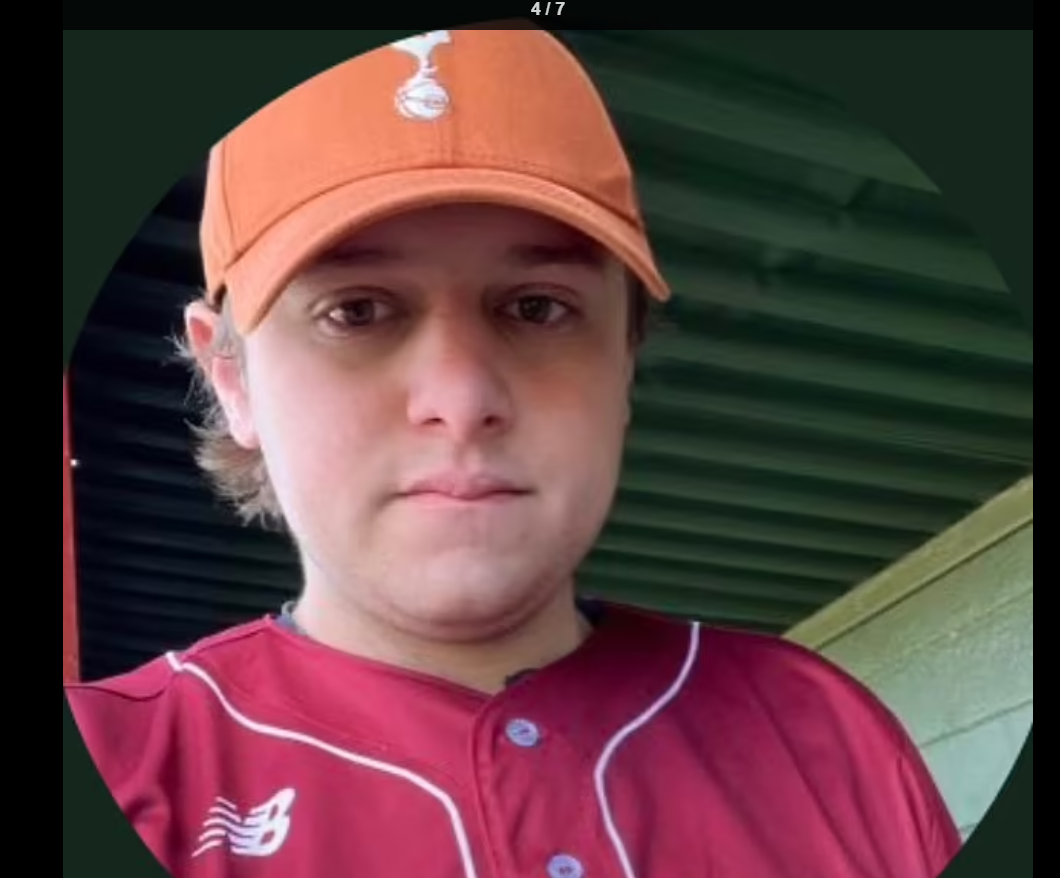