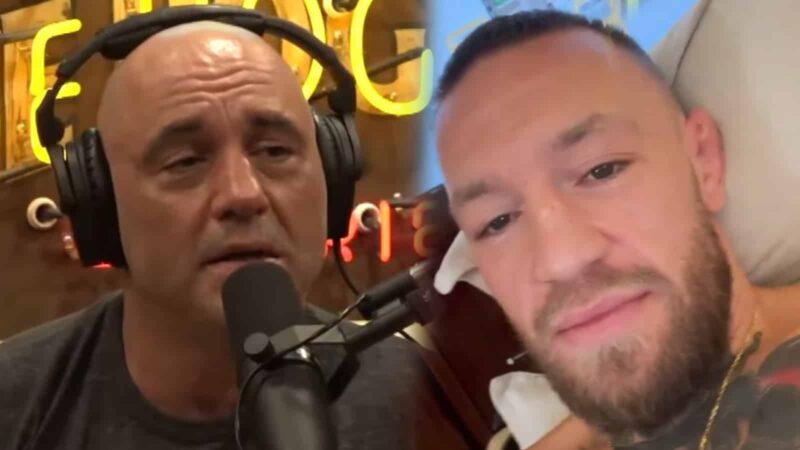 After the fight, Conor McGregor sent a series of death threats to Dustin Poirier and his family and also had horrible remarks for Dustin Poirier’s wife Jolie Poirier. Conor has now posted revealing photos of his sister, Aoife McGregor, as seen below.

Aspen Ladd recently spoke to Brian Campbell of Morning Kombat, where she defended Conor McGregor after all that happened after UFC 264.

Joe Rogan recently spoke on episode number 1685 of The Joe Rogan Experience podcast and provided an explanation as to why he interviewed Conor McGregor despite the fact that he broke his leg at UFC 264.

“And people are like, ‘Why did you interview him?’ He actually brought me over. He said like ‘Come on Joe, let’s have a f***ing podcast’. He asked me to sit down next to him. I was like, ‘How am I gonna do this. I feel like I should just get something out of him. Even if you recognize the fact that he is emotionally charged up, this is just him expressing himself when he is emotionally charged up.”