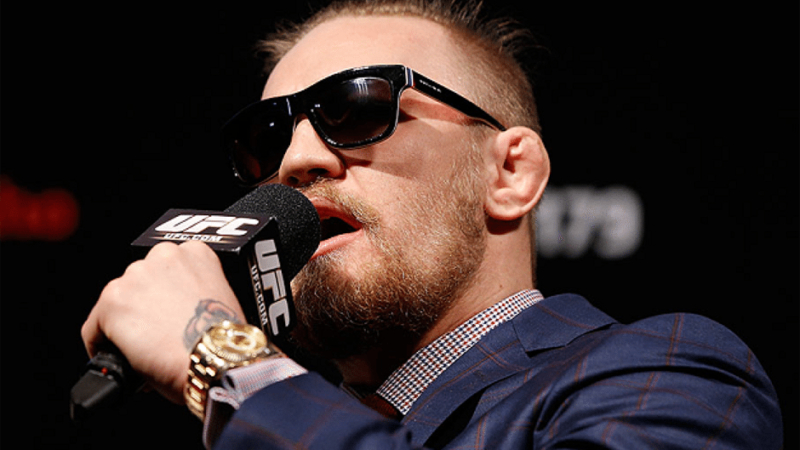 The saga that has been lasting for a few years now seems to continue forward as the fighting Irishman himself, Conor McGregor is at it again with calling out big names in the fighting industry. This time, it should be no surprise at all with who he came for. In fact, this is a very familiar face to those that have followed Conor McGregor – or those who are deep into the YouTuber-sphere.


If you had guessed Jake Paul, then congratulations! You’re correct. Yes, the feud continues forward with these two as Conor has taken a step even further in harassing Jake Paul and making a fool out of him. This time, Conor didn’t just go for Jake Paul’s boxing skills, or his YouTube channel, or anything of that nature. No, actually, Conor went for his fashion sense.

Jake Paul recently attended a Madison Square Garden event which was the host of the fight for Amanda Serrano and Katie Taylor. Jake was seen at the event dressed in a suit with a bowtie along with pink sunglasses featuring diamonds encrusting the rim of them. Conor McGregor quickly used the glasses as an opportunity to turn this on Jake Paul.

Conor McGregor said on Twitter to really get Jake Paul going: “Who the f**k is this jacka*s in the pink Jimmy Saville glasses?” For those unaware of who Jimmy Saville is (was); he was a British radio host and television personality who was accused of sexual abuse towards minors. Obviously, not many were too aware of the connection between Jake Paul and Jimmy Saville as Jimmy’s name isn’t exactly commonplace, but the glasses themselves checked out to the comparison.

Jake Paul then responded: “Im the one who has done more for fighters than you ever have. The one who has won 5 fights in the past 2 years while you have lost 5. The one who isn’t owned by Dana White. The one who made the fight you just watched happen. The 1 who got your hero Katie Taylor paid.”

The Tweet by Conor McGregor was deleted. It could have been by him or because it went against community guidelines due to the Saville namedrop.

the one who isn’t owned by Dana White

the one who made the fight you just watched happen

the 1 who got your hero Katie Taylor paid