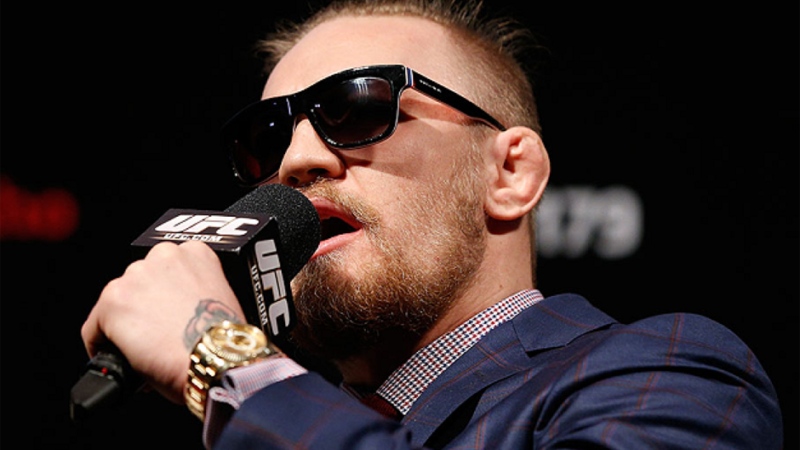 WWE WrestleMania 38 is now officially in the books with the most stupendous two-night WrestleMania in the rearview mirror. The event saw some truly memorable moments in the history of the WWE universe including Stone Cold Steve Austin’s first WWE matchup in nineteen years, the return of Mr. McMahon, and the unification of the WWE Universal and WWE Championships, among others.


However, one name who wasn’t in attendance, in-ring or otherwise was UFC megastar Conor McGregor and he certainly had something to say about it on social media via Twitter as he posted on the platform: “Why wasn’t I at Wrestlemania? They all fear me, that’s why.”

Conor McGregor’s last fight in the UFC was the infamous matchup against Dustin Poirier at UFC 264 where McGregor lost via referee stoppage in the very first round after he broke his leg. McGregor’s current UFC record is 22-6-0.

In other news concerning Conor McGregor, top UFC lightweight Michael Chandler discussed his plans to face McGregor shortly in a recent conversation with MMAfighting. Credit to BJPenn.com for the below.

“It’s one that I’m interested in. I want the Conor fight just for the magnitude of the moment. Stepping inside the octagon and doing something monumental by fighting him. Having all of the mixed martial arts eyeballs, eyeballs all across the world [on you]. You don’t get a bigger platform than fighting Conor McGregor. So that’s what I would love to happen if I don’t get the title shot.”

Michael Chandler continued, “July, August works great for me. I will go out there and beat Tony in May, have a little time to recover, then go back into training camp for a July, August fight. The timing works out perfectly. I think I’m a great guy for Conor if he comes back and doesn’t get a title shot. He’s going to have to go through somebody to get a title shot, I think I’m the perfect guy.

Why wasn’t I at Wrestlemania? They all fear me, that’s why.