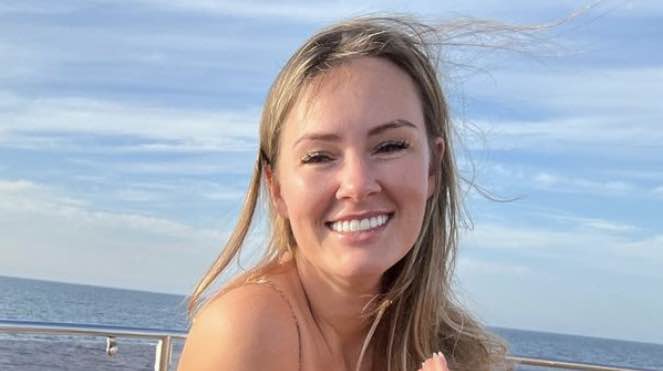 The former UFC Double Champion Conor McGregor’s fiancee Dee Devlin posted a series of pictures of her and McGregor on Instagram. They are currently enjoying life in France after the UFC star picked up his new £2.6million custom Lamborghini yacht from Monaco.

“My big busty woman I love you baby what floor we on again? And which yacht, ah stop don’t stop my baby I love you so much dee I do all of this for you, for us, I hate everyone else, I love you.”

His comment has drawn the attention of fans, with some praising McGregor for expressing his love for Devlin whilst others were a bit confused by his choice of words. One user commented: “Wtf is this guy saying here,” whilst another wrote “Someone’s had too much Proper 12 tonight”.

A third weighed in by stating: “Big busty woman? That’s not nice,” with another writing: “I don’t think such a woman would appreciate being called big”.

McGregor is gearing up to make his UFC return having spent the better part of a year on the sidelines after breaking his tibia last July. The Irishman returned to sparring last month for the first time since his injury and not only the fans but an UFC star is also waiting for him to make a comeback.

The rising welterweight contender Khamzat Chimaev took notice of McGregor’s latest pictures showing off his Lamborghini yacht and mocked the Irishman on social media. The undefeated fighter asked McGregor if his “holidays” are over yet, seemingly encouraging the former two-division champion to start preparing for a return to the octagon:

“When your holiday is over ? @TheNotoriousMMA”

when your holiday is over ? 😂@TheNotoriousMMA