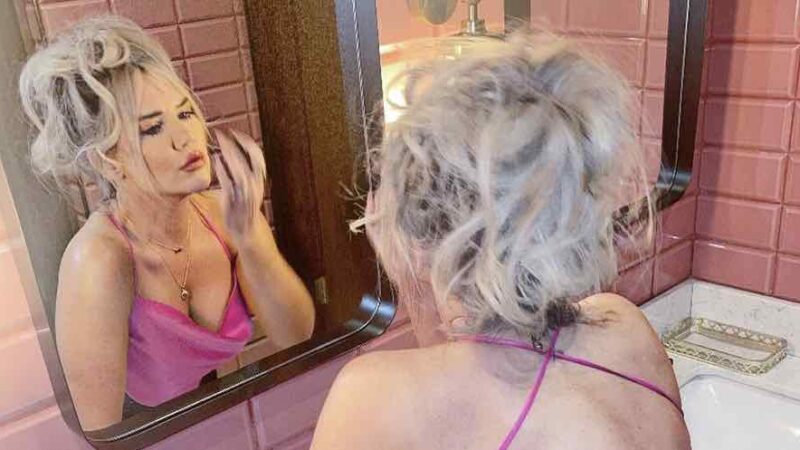 The former UFC Double Champion Conor McGregor’s sister Erin McGregor recently dropped a picture on her Instagram account. It saw herself wearing pink revealing top and it was taken in the washroom. She captioned the image writing the following:

How Jake Paul can get Conor McGregor fight in UFC?

Brendan Schaub recently shared his thoughts on a potential fight between the YouTube sensation Jake Paul and Conor McGregor. Schaub suggested that Paul needs to avoid arguing in favor of greater remuneration for fighters if he wishes to collaborate with Dana White and fight McGregor in the UFC.

Brendan Schaub believes this quest that Jake Paul has undertaken has hindered his chances of locking horns with ‘The Notorious’ inside the octagon. In a recent episode of The Schaub Show, ‘Big Brown’ advised Paul to ease off on this matter if he wants to work alongside Dana White:

“You’re talking about a guy, who is chomping at the bit to change the game as far as fighter pay goes. Because [Jake Paul] goes, ‘Do you think I actually have a shot to get the Conor McGregor fight?’ I go, ‘I think you do. I think it happens no matter what if Dana wants to play ball or not I think it happens.’ And I said, ‘My advice for you is, if you want it to happen in the UFC and have Dana be part of this, you gotta back off the fighter pay, now.'”

Schaub reported that Paul preferred to wait for McGregor’s release from his UFC contract instead of backing away from the issue:

“Let’s say, which he wouldn’t, but let’s say he made $80M off Jake Paul vs. Conor McGregor. They’re still going to be in the negative because all the years of changing that fighter pay, which is thousands of fighters over the years, it doesn’t make sense for Dana to do it. And I go through all this and he’s not talking, he’s letting me talk to him, ‘Yeah that makes sense. I’m not, yeah I didn’t think of it like that. Yeah, yeah.’ He goes, ‘I don’t think I can do it though, if they’re not gonna raise fighter pay. I’m not gonna do it.’ And I went, ‘Whoa.'”