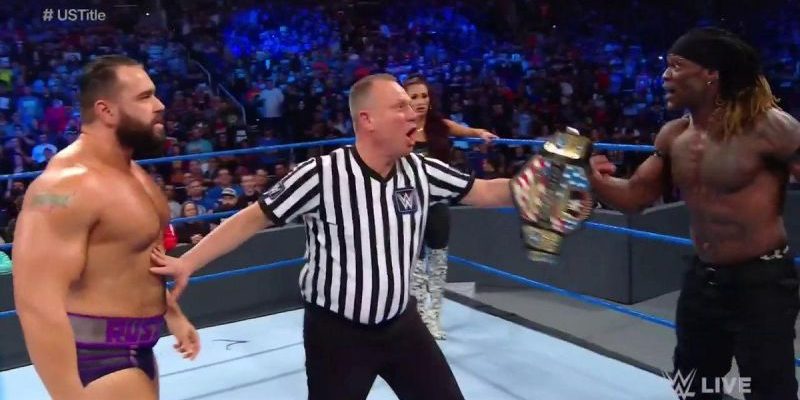 WWE is no stranger to controversial finishes in title matches. Fans more often than not were unhappy with the finishes in the past. However, they seem to have enjoyed R-Truth winning the US Title against Shinsuke Nakamura on Smackdown Live, which ended in controversy.

If one watches the pinfall at any angle in a replay, it can be seen that Nakamura had kicked out of that roll-up pin. However, it seems that this was WWE’s intention all along.

The Wrestling Observer Newsletter noted that the controversial title change on SmackDown Live this week was done according to plan. Apparently, this was WWE taking shots at the NFL referees after the Saints and Rams game ended badly due to a call not being made for pass interference.

We will have to wait and see what will become of R-Truth’s title reign and if it will be a good one or not.