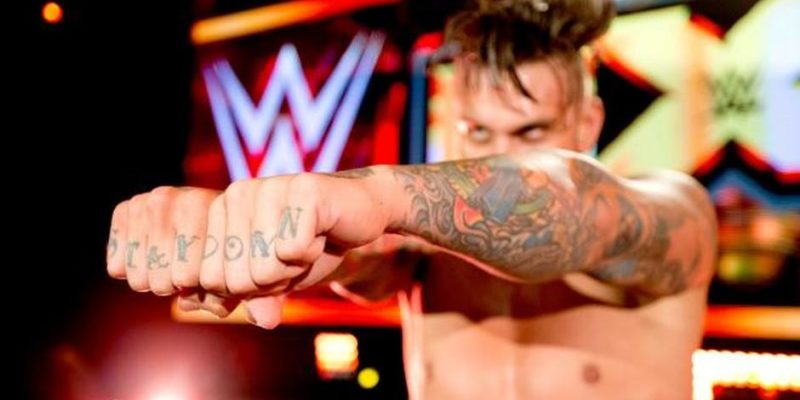 Corey Graves’ wrestling career came to a disappointing end back in 2014 due to concussion-related issues. Graves was considered a gem in NXT, capturing the NXT Tag Titles with Neville, and working with Sami Zayn in a brutal feud before he was forced to retire. Since then, he has worked behind the commentary desk and has become one of best announcers in the WWE.

From his work in NXT to calling the action on the main roster, the Savior of Misbehavior has found his calling. Graves recently spoke with Rolling Stone to promote WWE’s upcoming PPV, WrestleMania 34. The full interview can be found here. It’s quite an interesting read.

Below are some highlights, with Graves discussing his transition from a wrestler to an announcer.

On the idea of getting back into a ring one day

I think I’d be lying if I said there wasn’t always something of a little glimmer of hope that something miraculously would change. But I’ve fully embraced my role now… I’m cool with wearing suits and talking about other people for a while, because I can hopefully do this a lot longer.

On his view of the Indie Circuit

I always likened being on the independent circuit to being in a band – trying to get out there and get as much work as possible.

They are mythical creatures to me. I’d love to be in the same breath as them, but I probably won’t accept it someday, maybe not until I’m gone.

The rest of the article also includes the rest of Graves’ family along with one of his closest friends, Baron Corbin, talking about his wrestling and his work on commentary.

Corey Graves has definitely been one of the better men to fill that position in a long time. Always quick-witted and heavily sarcastic, he makes it seem like he’s not reading off a script. When he speaks, it feels real. While his in-ring career failed all too soon, it’s great to see that he’s such a natural at the table.