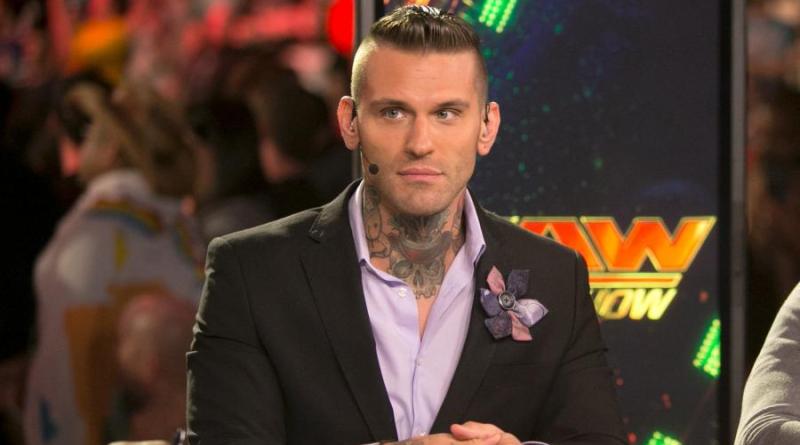 Corey Graves appeared to take a shot at The Young Bucks on WWE Raw, referencing Reseda like CM Punk did during his meltdown. He also referenced Sting’s finishing move.

Did Graves just said Scorpion Deathlock and not the Sharpshooter #WWERAW

Several current and former AEW and WWE stars had a real life fight years ago. Former WWE star Alberto Del Rio used to be a part of The League of Nations stable alongside Sheamus, Rusev(now Miro in AEW) and Wade Barrett back in the day. He recently shared his thoughts on a story that The New Day once told about a backstage WWE fight involving them.

Del Rio had teamed up with Rusev and Sheamus (w/Wade Barrett) to defeat Big E, Kofi Kingston, and Xavier Woods at WrestleMania 32 in 2016. The New Day said on their podcast in 2020 that they were left frustrated by an altercation that day. However, they did not disclose details about which stars were involved.

In an interview with Sportskeeda Wrestling’s Riju Dasgupta, Del Rio confirmed that a legitimate fight took place backstage. He also revealed that the heated situation was caused by one of his fellow League of Nations members:

“There was a big fight backstage,” Del Rio said. “On that one, I was involved but it was not me creating the altercation. The person creating the altercation was not against me. The other two and I, we had to put someone in his place before going out. This is one minute before we went out. We went out to the ring and one of us, I’m not gonna say who, had to tell this person, ‘Listen, you mother F, we’re done with you. You’re gonna go out and do this because you’re a this and you’re a that.’”

The former WWE Champion recalled the incident, laughed and downplayed the seriousness of the altercation:

According to Alberto Del Rio, a League of Nations member grabbed one of their stablemates by the neck shortly before the group’s music hit. The four-time WWE world champion joked that he might reveal in a future interview which superstar caused the problem:

“It’s funny that someone finally talked about it because it would have been pretty bad,” Del Rio added. “One of the members of The League of Nations grabbed this other member by the neck and put them against a wall. That’s all I can say about it! Until next time! Next time I will tell you all the details… maybe.”

“That’s why I love pro wrestling so much. Nobody knew, seriously. That happened, this member grabbing the other one by the neck, and then his music hit and it was time to go outside. All of us went out like a team, a real team, like everything was good. Nobody knew about it. We were being seen by hundreds of thousands in the stadium, millions around the world, and nobody had a clue.”

Both teams participated in a post-match segment with Mick Foley, Shawn Michaels, and Steve Austin. The three WWE Hall of Famers took turns hitting their finishers on different members from each group.