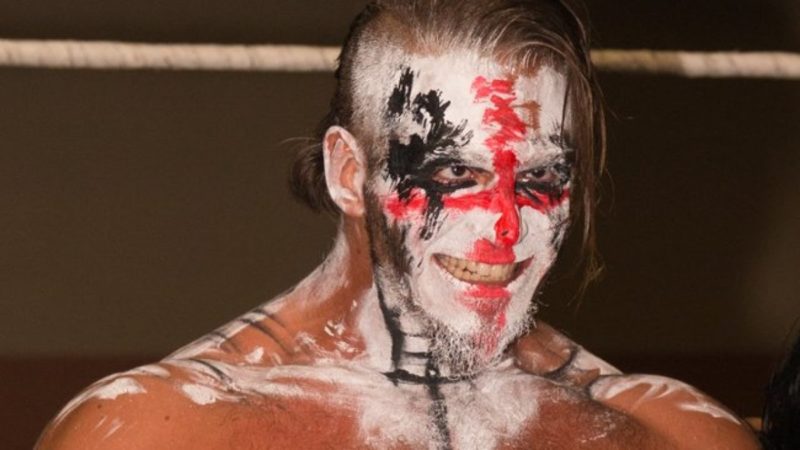 After a good original run with IMPACT Wrestling, Crazzy Steve left the company for a career in independent wrestling. He returned for a second stint earlier this year in April. Steve re-debuted in a Six-man tag team match with Rhino and Tommy Dreamer against Ohio Versus Everything and won.

Appearing as a guest this week on The House of Hardcore Podcast with Tommy Dreamer, Steve talked about his blindness which he recently made public, and how he continues to wrestle with the condition.

Crazzy Steve talks about his blindness

Crazzy Steve revealed that he never talked about his blindness because he did not want it to define who he is. He wants to be known as a good wrestler and for portraying a good character.

“I am blind. That’s news to some people because as of recently, I just came out advertising it. I am making that part of the advertisement to Crazzy Steve. He is the real life version of DareDevil because I can’t see and I’m still able to do what I do. Before that, I never told anybody I was blind because I didn’t want that to be part of the thing. I wanted to be known as a good wrestler. I wanted to be known as somebody you can work with and is a cool character and who knows his character and meets the criteria of a wrestler.  I wanted to have that first and I didn’t want the tagline that he is blind.  I guess it comes from my pride.” H/T WrestlingNews.co

Steve revealed that he was born with congenital bilateral cataracts, meaning he was totally blind as a newborn. His cataracts were removed at a young age, which helped regain the vision somewhat, but not completely.

“I was born totally blind. At a young age, I found out I had cataracts. When I was born, I was 2 pounds and had to be put in an incubator. They removed the cataracts at a young age so I was able to somewhat see.  I always had giant glasses.  I can’t drive. I also have glaucoma. As I get older, my eyes continue to get worse. I am the Michael Jordan of not seeing. I am really, really good at it.”

This was a fun conversation. Big thanks to @THETOMMYDREAMER for having the interest in my story.

Check it out & let me know what you think. https://t.co/NUb1njXRsk

On being blind and wrestling

Steve revealed that seeing the ropes in the ring has often been a challenge for him, especially in the independent circuit. He compared his experience to that of coming out of a dream.

“As far as the ring ropes are concerned, I have a lot of trouble seeing them. As it pertains to Impact, their ropes change so often, like sometimes they are really dark blue, they are tough to see.  Right now they are red and that’s kind of OK.  If they are bright and production is good, then that’s great.  Coming up on the independents, I was in smokey bars and bad rings with bad ropes. I get to the arena early and get in the ring to get a feel for how things are going to go. The way I see, I guess you can relate it to how you see when you come out of a dream. I can see shapes and colors, but to do anything that involves any sort of detail is extremely challenging, even to cook breakfast or find your toothbrush.”

On May 19, Steve fought Dave Crist in a singles match and defeated him. Prior to his return to IMPACT Wrestling, Steve tried out at WWE as well. But it did not work out for him.