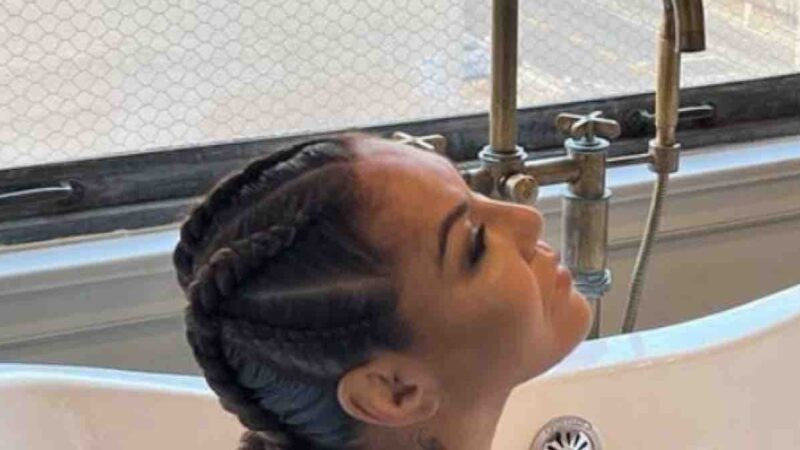 Cris Cyborg posted a new bathtub photo after UFC 271, as seen below.

On the other hand, Joe Rogan is currently one of the most popular personalities in the world of MMA, largely thanks to his commentary skills and also his podcast. He recovered from the virus last year and since then spread a lot of misinformation about the virus, at least according to numerous doctors and various other people. The Rock also recently dropped a huge bombshell about Joe Rogan’s racism.

Rogan previously opened up on the episodes of his podcast that featured Dr. Robert Malone and Dr. Peter McCullough. They were the most controversial ones and Joe Rogan took to his Instagram and uploaded a video to defend himself. The UFC commentator claimed that he is only interested in initiating interesting conversations with people who have different opinions.

The Rock has turned on Joe Rogan after previously defending him, denouncing him for using the n-word. During the UFC 271 pre-fight press conference, Israel Adesanya commented on Joe Rogan’s racist remarks and the controversy surrounding it. He gave Joe Rogan some interesting advice in the end.

“First off, let me take this one. Hold up. I’m black. I can take this one. Look, there’s a lot of cu**s in this game, there’s a lot of snakes in this game. I’ve been in this fight game since 2008. And Joe Rogan is one of the nicest, coolest, humble motherf***ers I’ve had the pleasure of working with. Understand that. And it’s just, f**k the noise, man. You know what they’re trying to do. You can’t control the man. And he’s got the biggest platform in the world right now. So, that’s my ni**a Joe Rogan. F**k the noise.

“Do what I said. F**k the noise. Just keep doing you, Joe. Have some mushrooms. Keep doing you.”