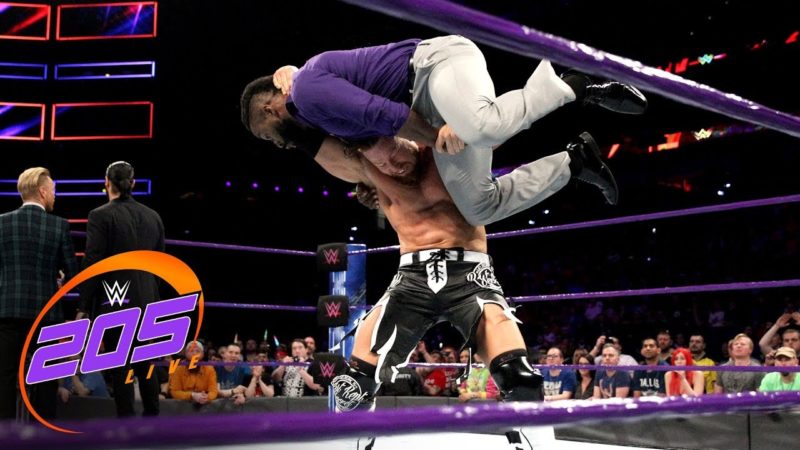 After his impressive victory over Mustafa Ali, it looks like Buddy Murphy will finally get his shot at the Cruiserweight Championship.

Prior to the latest episode of 205 Live, Murphy’s only loss came by way of Mustafa Ali, who eliminated the Best Kept Secret from the Cruiserweight Championship Tournament. Murphy would go on to dominate the rest of the division, earning a shot at the title at Greatest Royal Rumble. However, failing to make weight, his opportunity was taken away from him by GM Drake Maverick.

Murphy returned to 205 Live last week, demolishing a local competitor with a handful of powerbombs. He would go on to defeat Ali in this week’s 205 Live in an incredible back and forth fight. Murphy used his brute strength to almost knocking Ali unconscious like his opponent the week prior, before finishing him with Murphy’s Law.

BREAKING: @WWE_Murphy will get a @WWE #Cruiserweight Championship match against @CedricAlexander on the May 29 episode of #205Live! pic.twitter.com/binTlSd1uY