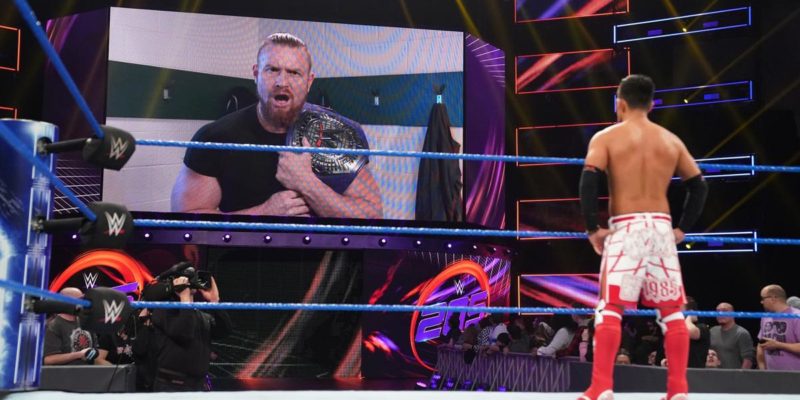 In a move that surprises no one, the WWE has decided to put the cruiserweights on the Kickoff of the Elimination Chamber event this Sunday.

Buddy Murphy is set to defend the Cruiserweight Championship against Akira Tozawa. The two have never officially met in a one-on-one encounter before, and Tozawa is confident that one match is all it will take. On the latest episode of 205 Live, Tozawa stated that no one thought he could defeat “The King of the Cruiserweights,” but he wound up taking the title away from him.

It’s sure to be an incredible match, as the cruiserweights have consistently delivered over the past year, especially on PPV. Though it’s disappointing to see them relegated to the pre-show, it’s understandable considering how big the card is for Elimination Chamber, especially with two Chamber matches that will more than likely run over thirty minutes each.