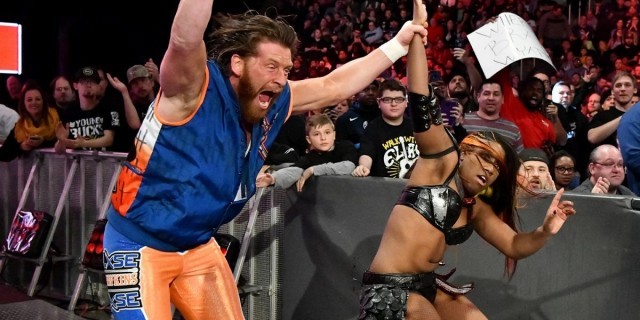 Braun Strowman was teaming with Ember Moon as part of the undefeated duo Monster Eclipse on the Mixed Match Challenge. Sadly, Strowman’s elbow injury has taken him out of the tournament. Who will be taking his place tonight? None other than Curt Hawkins.

Hawkins, who is currently in the middle of a 200+ losing streak, was announced as Ember Moon’s new partner last night. With Hawkins by her side, Moon picked up a win over Alicia Fox on Raw, giving Hawkins hope that his streak could end tonight.

Moon and Hawkins will face Alicia Fox and Jinder Mahal on the Mixed Match Challenge. Could Hawkins find himself in the #30 spot of the Royal Rumble? Probably not, but he might, at least, finally end his losing streak.