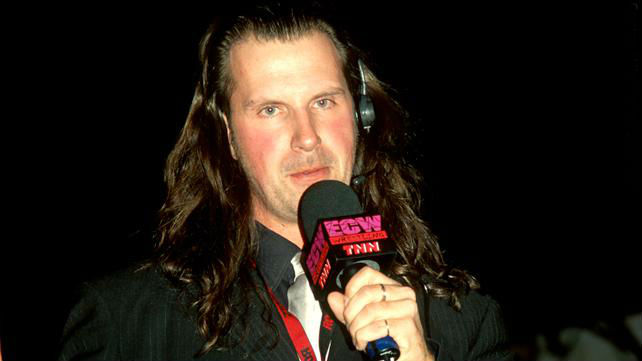 Former WWE and ECW personality Don Callis, who went by Cyrus in ECW, recently spoke with WWE.com. Here are the highlights.

Apparently everything [laughs]. But I called Bret Hart, who was in WCW, and he told me because I hadn’t been on TV in a while that I might want to go to ECW first before trying to get signed by WCW. Lance Storm made it part of his contract negotiations to havePaul Heyman hire me. I started in Queens, N.Y., the day after my contract expired with WWE. I traveled with Lance for a year-and-half and lived like a monk because he’s no fun. He doesn’t drink or party. All his does is diet, work out and go to sleep early. It was the worst time of my career [laughs]. It was made even worse because Lance, Justin Credible and their manager Jason did their interviews after the show at three in the morning and it took them 30 takes. I would just go straight to the airport at 4 a.m.

On what he wants fans to remember him for:

My time in ECW. Paul Heyman was fantastic to me. He let me go out there and flourish on my own. I’ll always remember that Paul was a coach as much as a boss. Working with Paul to start a near riot at the Manhattan Center here in New York was old school, white-hot heat. For me, that was the highlight. My best creative work was done in WWE when I was given a gimmick that was doomed to failure and changed it within the WWE system to make it work. As a new guy, how great is it to work with Legends like Pat Patterson and all the producers that work backstage here? By the way, how much do I get paid for this interview?