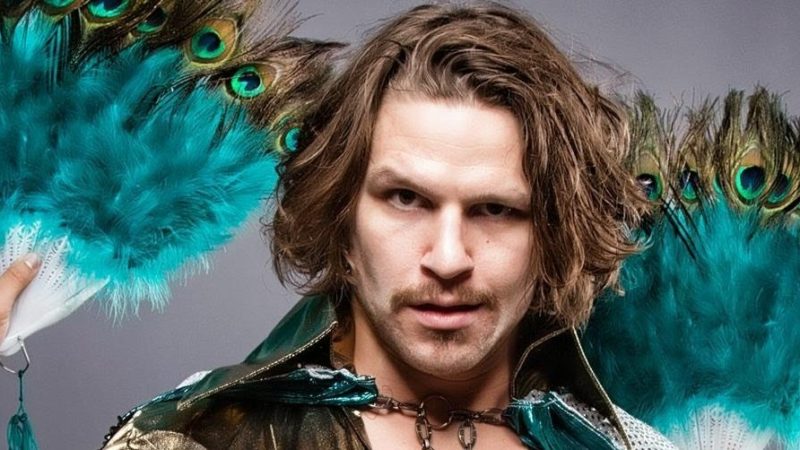 The Peacock has come a long way since his last time on the Sam Roberts Podcast. On his latest appearance, Dalton Castle talks about his championship win and becoming ROH’s top guy.

Roberts told Castle that the move to put ROH’s world title on him feels like they’re putting their title on a “Ring of Honor guy,” as opposed to someone like Cody Rhodes. Castle went on to discuss how he had a hard time believing what he was told, and how much he prepared for his big moment.

I don’t remember how early, but I never said it out loud. I never told anybody, not my wife or anybody because it didn’t feel real. I felt taht the second I would mention anything it would be taken away from me because that is pro wrestling. I have seen my friends being told one thing and at a hotel they are told by a third party that the story was changed, which shouldn’t really affect them anyway since we are putting on a performance.

I knew they were building to it but I still wasn’t sure, but I wasn’t going to ask either. Only thing I could do is in thse months leading up is to wrestle every match and perform like I am going to be a champion, like I deserve that spot. I didn’t want to leave any doubt that they are making the right decision by putting the belt on me.

He also told Roberts that, while his glamorous and flamboyant character is what got him to the top, he wants people to see Dalton Castle, the character, as less of a joke and take him a bit more seriously.

I found myself doing mroe silly things, and to get a reaction doing th pose; then I will focus on too much on that kind of stuff. Then I will forget that I can do cool moves, and I have to remind people that I am an ass kicker too. I don’t know when it clicked, but there wasn’t one moment where it happened. I think it just started where I was coming into myself more. I wanted to be taken more seriously.

I like the contrast of this ‘Lady Gaga’ guy walking down and once the gear comes off, the personality is the same but has the ability to kick somen’s ass, and I wanted people to see me as more of a serious wrestler. I used to get called ‘The Party Peacock,’ which was a character I created on the Indies. I hate being called that now because when I got to ROH I decided right there that if I was going to be serious about this I had to drop it and just be ‘The Peacock,’ because the ‘Party Peacock’ cannot be World Champion.”

Dalton Castle is on top of the world right now. With a title around his waist and the ROH faithful wrapped around his finger, there’s no telling what 2018 holds for the Peacock.