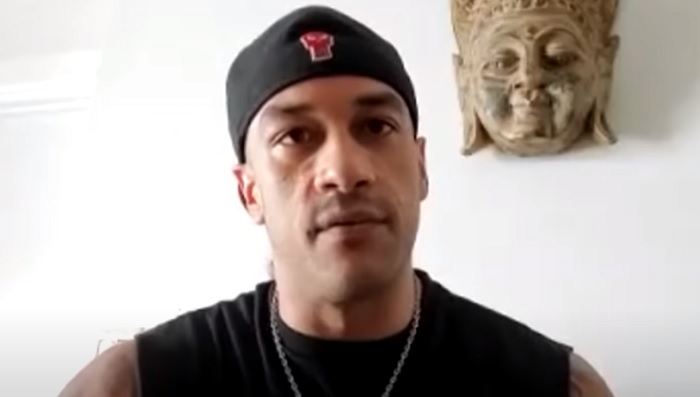 Damian Priest on After The Bell with Corey Graves

NXT Superstar Damian Priest recently appeared as the guest on the latest edition of the “After The Bell with Corey Graves” podcast for an in-depth interview about his pro wrestling career.

During the discussion, the newly crowned NXT North American Champion spoke about how he once lived in Al Capone’s old apartment, his time working at night clubs in the New Jersey area and more.

Featured below are some of the highlights of the new Damian Priest interview.

On working at night clubs in the New Jersey area prior to being a full-time pro wrestler:

“I worked at a lot of clubs. So, the night-life is so real. I’ve been used to it since I was 19 years old. I’ve been working in bars and clubs and everything in between. I worked every single position you can imagine in that industry. I did that to pay for training and pay to wrestle. I did that until about 2014. In 2014, I had my last tryout with the company which they didn’t sign me at the time. They said there wasn’t anything for me at the time. I remember a lot of nights not eating because I couldn’t afford it and getting letters of eviction notices and had to deal with that and stay above water until I finally caught a break. A lot of it was my own fault. I coasted for many years in this business because being a bigger guy, you hear you are going to be fine. You are going to make it. It was totally what I didn’t need to hear. That’s why I got out of shape. I was my heaviest. I was close to 360 pounds. But then I lost over 100 pounds and started that transformation. I had a sweet job. When you talk about a party job, I was running one of the most popular clubs in Atlantic City, NJ.”

On living in Al Capone’s apartment before focusing on his pro wrestling career:

“Not only was I finally getting a steady paycheck, but I had a free apartment on the Boardwalk. It was a penthouse apartment that Al Capone used to live in. They gave me a company vehicle. I mean, coming from trying to just pay rent and just trying to buy myself a meal to this, I had it, but because I was still doing this here and there and had to leave or come in late because of these indie shows, one of my bosses came up to me and said you do a great job here. We want to keep you on board. We want to give you more responsibility but we want you to stop that wrestling you do. I don’t know why, but without hesitation, I was like, oh yeah, you have my two weeks notice. That was the flip right there. When I said those words, I realized I really have to do this. I started eating clean and got a gym membership.'”

Check out the complete episode of the official WWE podcast featuring the new interview with Damian Priest, visit EndeavorAudio.com.