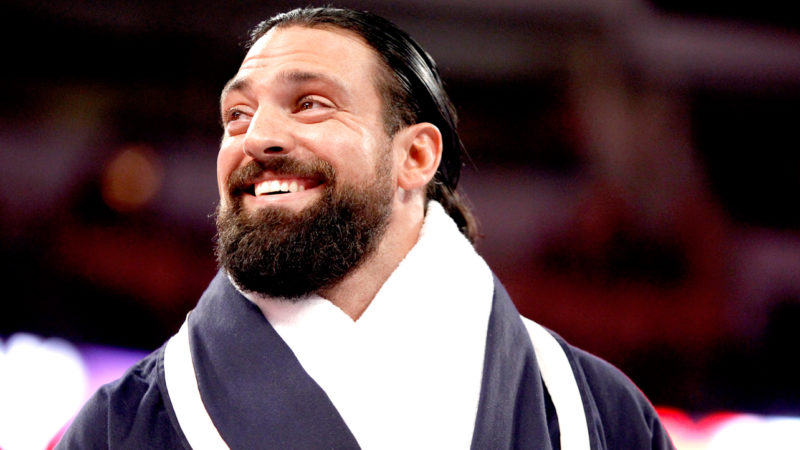 Damien Sandow recently had a sit-down interview with Chris Van Vliet to talk about All Elite Wrestling, what he thought their chances were in going toe-to-toe with WWE, and if he’d ever sign with AEW. Sandow had a solid run in WWE, though many felt he never reached the peak of his potential.

Because of that, a shot in AEW doesn’t seem like a horrible idea. He didn’t exactly have a great run in TNA either, but a fresh start in another company wouldn’t hurt. He revealed, though, that he wouldn’t have much time to wrestle in the near future.

I have a pretty busy summer coming up, I don’t know where I would fit time in. Also, I haven’t been in a ring in almost two years. Do I like to think that I could get in there and be just like I was? Yes. Not to sound braggadocious. Could I probably do that if I was in front of a live crowd? Yes. At practice, no.

As far as All Elite Wrestling’s odds in regards to a new Monday Night Wars, Sandow feels they have as good a chance as any.

Do I think that within the first two weeks the Monday Night Wars will reignite? No. But I will say this, definitely from what I hear, and I’m not that brushed up on what’s going on, it looks like they have the financial backing, most definitely. And they’ve definitely got the talent.

It’s going to be storyline-wise…are they that tuned in to what fans have wanted? Do I think that they have the best chance to do it out of anyone? Absolutely. And I really do wish that they succeed and kind of bring wrestling back.

You can check out the full interview in the video below.