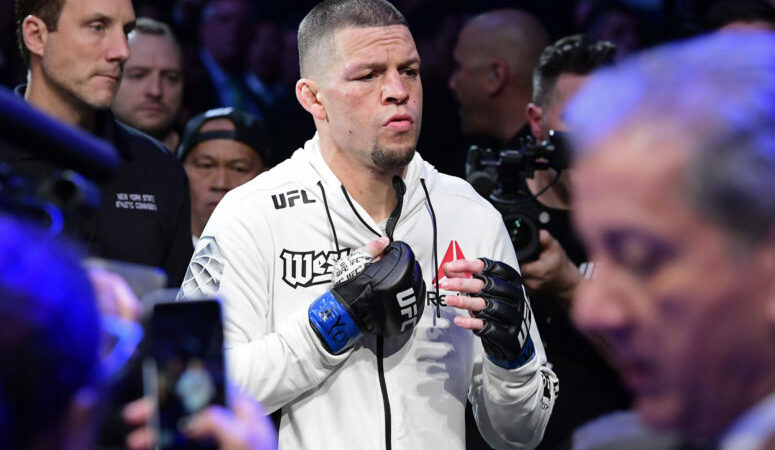 
Nate Diaz has a deep love for marijuana and he is never afraid to show it as well. A fan took to Twitter and uploaded a video of Nate Diaz smoking a joint during UFC 270 while being part of the crowd. Nate Diaz remains one of the UFC’s most popular fighters and has been in the UFC since winning The Ultimate Fighter 5.

However, Diaz has not had a fight with the company since last Summer – at UFC 263, which was held on June 12, 2021, in Glendale, Arizona. Diaz would lose this contest via unanimous decision after going all five rounds. His last win remains at UFC 241 against Anthony Pettis, which was a unanimous decision in the 3rd round. He is also the younger brother of the former IFC welterweight champion, Nick Diaz – who retired late last year following a loss to Robbie Lawler.

Dan Hardy took to Twitter and stated that he hopes Nate Diaz gets released from the UFC.

I hope @NateDiaz209gets released soon. There are loads of good options for him on the outside. Who would you like to see him fight in his last @UFC bout?

I hope @NateDiaz209 gets released soon.

There are loads of good options for him on the outside.

Who would you like to see him fight in his last @UFC bout?