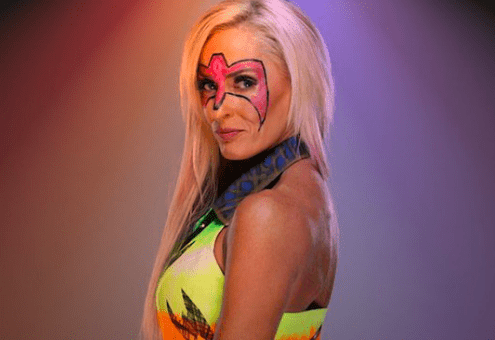 Dana Warrior, the wife of the late WWE Hall of Famer Ultimate Warrior, has become a significant personality within the WWE. Not only is she working with WWE on various philanthropic fronts but is also heavily involved with the company’s creative direction.

Yesterday, as a part of the Pride Month, a number of WWE Superstars and personality were pictured donning outfits in support of the LGBTQ+ community. Dana Warrior was one of these personalities and just like every other Superstar, Warrior also took to Twitter to show her love and support for the LGBTQ+ community through these pictures.

🌈I stand in solidarity with the LGBTQ+ community and honor YOU with #Pride this month! I believe in equality, education, awareness, and this simple fact: love wins… Always!!
xo❤️🧡💛💚💙💜d 🏳️‍🌈 #Pride2019 #PrideMonth #LGBTQ pic.twitter.com/ailTrQyK2K

However, Warrior’s post was met with tremendous outrage from the WWE Universe. The reason behind this outrage was that Dana’s husband Ultimate Warrior wasn’t too supportive of the LGBTQ+ community and was also recorded talking against them in one of his speeches.

Us LGBTQ fans all TRULY know how your husband felt. We've seen the speeches and will 'Always Believe' he hated us. You may be an ally and that is appreciated, but he was the opposite. It's how we will remember him, sadly.

Matt Hardy’s wife, Reby Hardy, who always speaks her mind candidly no matter what the topic is, also took some shots at Warrior’s post.

One fan even went forward and attached the video of Warrior’s speech where he talks against and condemns the LGBTQ+ community.