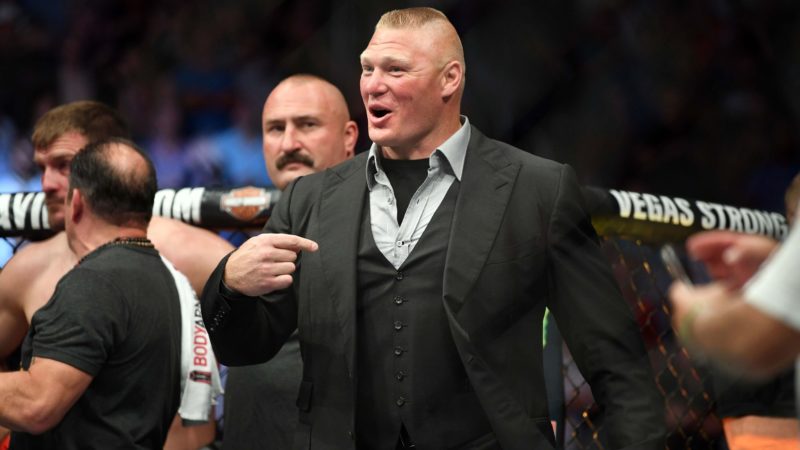 UFC President Dana White was asked about the WWE Universal Champion while speaking to the media last night. Brock Lesnar has been working on a match with UFC Light Heavyweight Champion Daniel Cormier, but White doesn’t seem to be worried about the details at the moment.

Yeah, I dunno. One of the guys I met with during PR told me that he had heard Brock Lesnar signed a bunch of new WWE deals.

When asked if any deals with the WWE would interfere with his future work with the UFC, White said it wouldn’t matter.

No, it doesn’t. Look, I’m not focused on Brock Lesnar this week, you know what I mean? If I needed to call Brock, I’d pick up and call him when I needed to.

Daniel Cormier is hurt, so it doesn’t matter right now. If you guys knew how much s*** I have to do in a day, okay. [Laughs] I’m not working on stuff I need to work on later. I’m working on stuff that needs to be done now.

Daniel’s hurt, he’s out for a while. I don’t know what Brock is doing, but as Daniel starts to get better, and we start looking at dates Cormier might defend his title, I’ll be calling Brock or somebody at 205lbs. Daniel tells me he still wants to fight at 205, he wants to fight there.