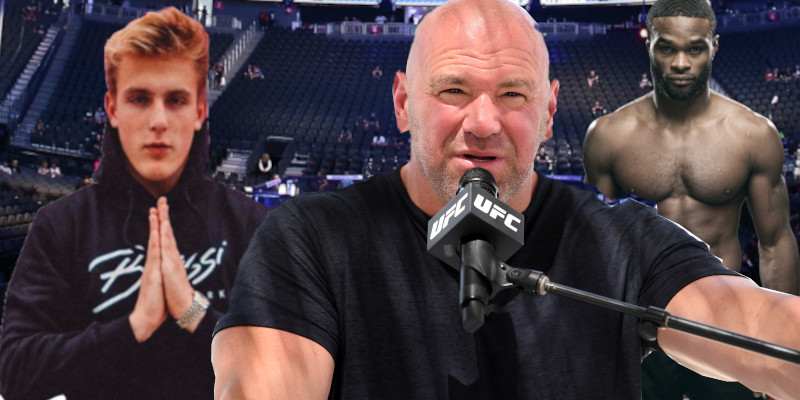 Tyron Woodley was recently spoken to about his upcoming fight against Jake Paul. During the interview, Woodley noted a couple of shocking admissions that were very lucky to catch on camera. One of them seems to involve Dana White. Nate Diaz UFC ‘Suspension’ Leaks.

Via FightHype.com as transcribed by Wrestling-Edge.com, they recently caught up with former UFC champion Tyron Woodley, who kicked off training camp for his highly-anticipated August 28 showdown with cruiserweight Jake Paul. The Paul brothers have been dominating the boxing scene lately on hype alone and the fans keep making sure to buy any fights that the two are involved in.

During the interview, Woodley stated the following about Jake Paul and Dana White: “Haha, hey, Dana mad. He (Jake Paul) knows how to get to Dana. He’s smart. Dana’s a gambler, I mean, you don’t be f****** with Dana when it comes to that money. So, you know? He’s smart – he bet him that money. I don’t know if they made an official bet, haha, Dana don’t like when people do that, haha. He can’t really do much to them because he ain’t signed with them. He might f*** around and sign these kids later on, you know?”

We will have to see how all of this plays out.