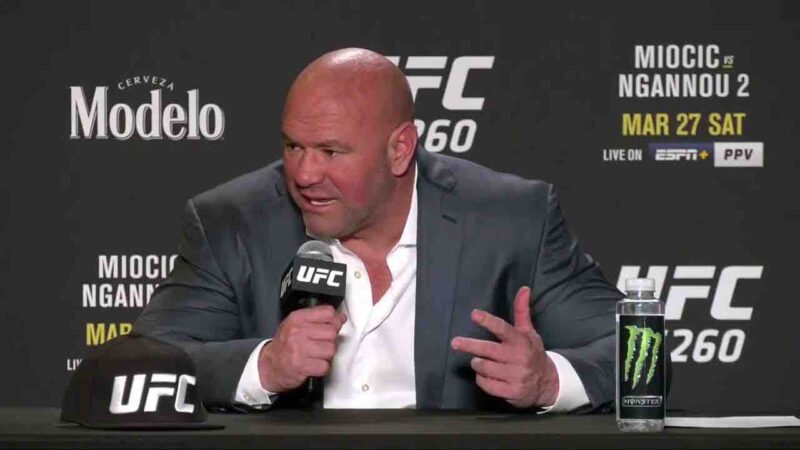 UFC President Dana White recently took to his Instagram account and posted some pictures that drew attention. He dropped some screenshots of horrific threats made by a man to him and his family. The comments specifically targeted the UFC president’s daughter Savannah.

White urged his followers on Instagram to help him identify the man, who went by the username @loganmurphyfuctheufc.

“Do any of you know this scummy piece of f***ing shit @loganmurphyfuctheufc if you do please give me as much info as you have on him. He wants attention? He’s gonna get it.”

Within hours, White deleted the post and uploaded a new one stating “WE GOT HIM” and informing fans that the man had been identified. He has since deleted the second post as well. MMA Mania shared screenshots of the first post on Twitter. It was revealed that the man who was sending the threats was MMA fighter Brandon Bender.

Dana White is publicly looking for some creep on Instagram. pic.twitter.com/Nl6PGIRlm9

Journalist Alex Behunin also shared a screenshot of Dana White sending words of dire warning to Bender after the information was revealed. Adam Sedlack, the CEO of UFC Gym, made a statement that Bender was no longer associated with them. He had been fired 75 days ago for “current erratic behavior.” Behunin shared a screenshot of Sedlack’s comment as well.

Bender’s Wikipedia page noted that he was arrested by the Los Angeles Police Department for alleged threats to the UFC head honcho’s daughter.

For those who are not aware, Brandon Bender is an Italian-American mixed martial artist who competes in the bantamweight and featherweight division. He has been a professional MMA fighter since 2006, making his debut at KOTC. His first loss in MMA came when he signed with Bellator and made his promotional debut against Travis Marx. He lost the bout via TKO.