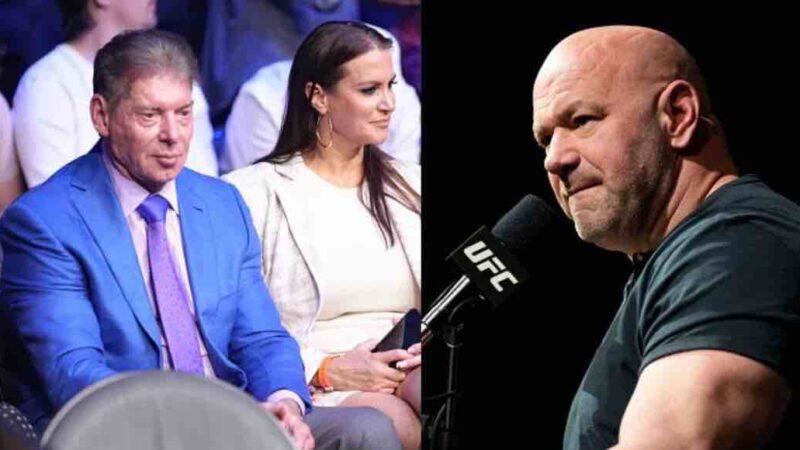 Vince McMahon recently announced his retirement at 77. He announced that he is retiring from his roles as Chairman and CEO of WWE. It was later clarified that he was also done with his work on creative. As of now Stephanie McMahon and Nick Khan are Co-CEOs of WWE, while Triple H is EVP of Talent Relations and Head of Creative. It is no secret that White and McMahon have had a contentious relationship but the UFC Head honcho had some positive words for Mr.McMahon.

Dana White recently spoke about Vince McMahon in a press conference after the first week of his ‘Contender Series.’ He spoke highly of Mr. McMahon for what he has built in a time span of more than fifty years.

“Oh, I got stories about Vince for days, but yeah, what that guy built and what he’s done is incredible. He’s been doing it for 50-plus years. I watched that stuff as a kid, and then to still be here and doing it now, is phenomenal. He’s a killer, he’s buried the hatchet in my back a few times, but that’s what you’re dealing with. You don’t deal with a killer and not expect them to try to kill you. Yeah, I have nothing but respect for Vince.”

He also said he got poor seats at a WWE show, and that Stephanie McMahon and Triple H were to blame, not just Vince.

“I tell you I was in the fu**ing rafters… People were coming up to me and going, why are you sitting in these seats. Well, I said this is where they sat me so f**k them I’m going to sit right here… Triple H and Stephaine were there too. It’s not like it was just Vince. This wasn’t liketwenty-five years ago.”