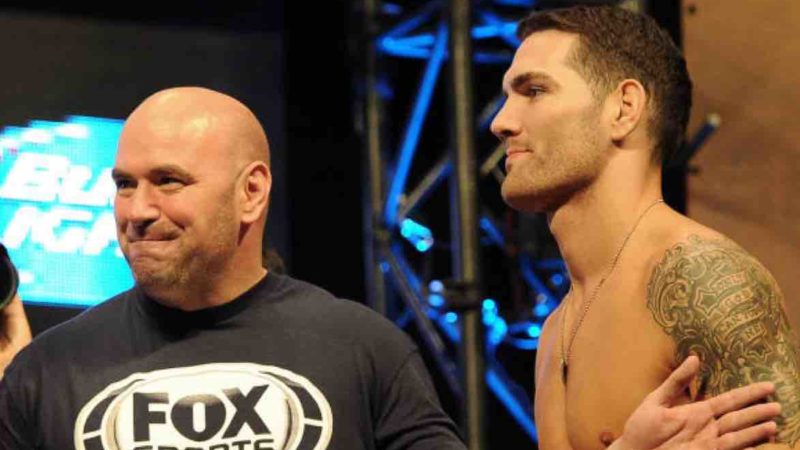 Dana White wrote about Chris Weidman breaking his leg in his loss to Uriah Hall in a video upload, “The first fighter in @ufc history to win without a single strike thrown #UFC261.” Some fans on Twitter were offended by White’s lack of sensitivity.

Warren Sharp said, “ALL athletes: go get your money. Fans need to realize athletes of all sports put their bodies on the line for a living and deserve to get that $$$ when they can

Weidman may never be the same again.”

Cementing this point…minutes after the likely career ending injury, the president of the UFC tweets out highlights of the injury, celebrating a “historic” stoppage total class Face with rolling eyes.”

“That was one of the most graphic leg injuries in history.”

“Weidman taken out on a stretcher. That easily could be the end of his career.”

“Fans are loudly chanting about Jake Paul. Literally Weidman is being carried out as they are chanting. I hate to say crowds are embarrassing but man, that was bad.”

“Very classy promo by Hall. Said he hopes Chris can come back and said if he can, he owes him the fight no matter where his career is.”

The first fighter in @ufc history to win without a single strike thrown #UFC261 pic.twitter.com/zxyu5XhYu3