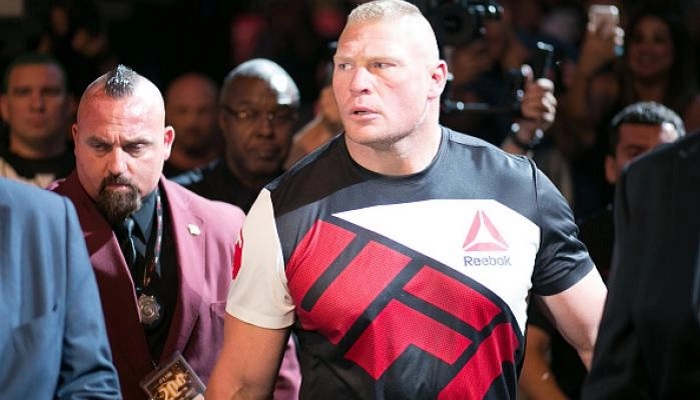 During his discussion with the popular sports media outlet, the longtime boss-man of the Ultimate Fighting Championship spoke about the recent talk of another Octagon comeback by current WWE Superstar and former UFC Heavyweight Champion Brock Lesnar.

Featured below are some of the highlights of the new Sports Illustrated interview with UFC President Dana White.

On chances of Brock Lesnar returning to Octagon for another fight in the UFC:

“I don’t think Lesnar would come back again. Lesnar’s made a lot of money, and with his age and everything else, I just don’t see it happening. What’s a massive fight, if it ends up happening, is [Israel] Adesanya versus [Jon] Jones. I think that is more likely [than Lesnar-Jones].”

On his thoughts of Lesnar’s run in the UFC and why he would return if he ever did make another Octagon comeback:

“I always say fighting is a young man’s game. Brock came in here when nobody f*cking thought he could, and look what he did. He became the Heavyweight Champion. He’s accomplished everything you need to accomplish. To come back and fight Jones, it would be all about the money, and money is one thing that guy doesn’t need.”

Check out the complete interview with UFC President Dana White at SI.com.