Dana White recently wrote an emotional letter to a young UFC fan who passed away at 16.  The UFC president revealed that he met Michael after his family and friends set up a GoFundMe page to get him to UFC 279 to meet White. Unfortunately, Michael recently passed away and White was devastated.

The 53-year-old MMA promoter took to Instagram to post a photo of himself with Michael and wrote a heart-touching caption. White further added that he invited Michael back to UFC 281 and even placed him behind Mike Tyson’s seat. He also thanked the boxing legend for being kind to the young fan.

“I met Michael at UFC 279 his friends and family put together a “go fund me” to get him to UFC to meet me and it was brought to my attention from an old friend of mine. We jumped on it and got him there. This kid was SO AWESOME I immediately loved him. He just turned 16 and just got his drivers license. He was such an amazing kid I invited him to UFC 281 in NYC. His parents said he was so pumped all he cared about was getting to NYC for this event. I sat him right behind Mike Tyson and I fuckin love u @miketyson !!! Without being told anything Mike treated Michael so good and took pics with him etc. Amazing, incredible, beautiful little Michael passed away today and I’m fuckin devastated. He held on long enough to make the event and I just want to thank EVERYONE involved with Saturday Night that made his weekend special. My heart goes out to Michael’s friends and family and I want to thank you Heather and Brian for introducing me to him. I will never forget him.” 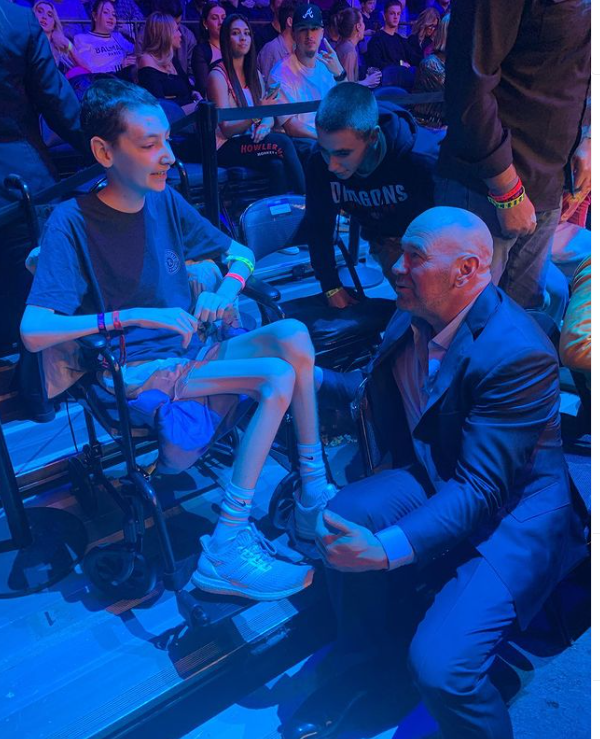