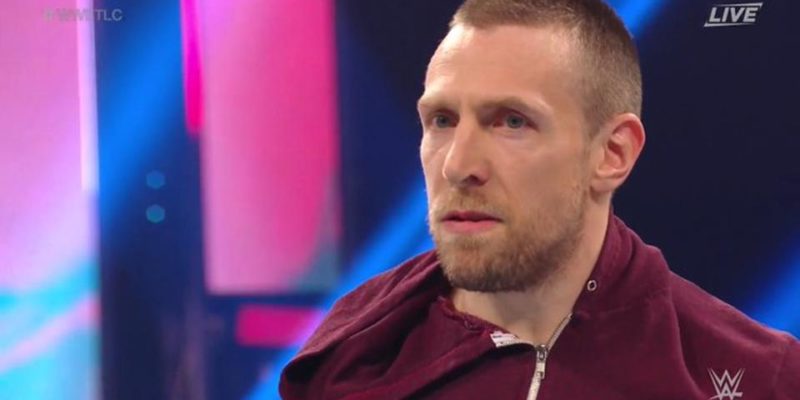 Daniel Bryan will face The Fiend for the Universal Championship at the Royal Rumble. The Leader of the Yes Movement, like most of The Fiend’s victims, went through a noticeable change after their encounter. Along with a new look, Bryan became a more aggressive competitor, taking the fight to The Fiend.

Tonight was no exception. Along with his Team Hell No partner, Bryan set up a trap to lure The Fiend out of hiding. Kane went to the ring to announce he’d be taking part in the Royal Rumble. He was interrupted by a new Firefly Funhouse, though, with Bray Wyatt warning against it.

"That means you and 'The Fiend' GOT IT ON." – @WWEBrayWyatt #SmackDown pic.twitter.com/COgHROx8IU

Following that, though, The Fiend appeared. However, before he could attack Kane, he was met by Daniel Bryan and the Knee Plus. After several boots to the face, The Universal Champion escaped through his hole in the ring. Though, not before Bryan got a piece of The Fiend, a few of his dreads.

Following the attack, Bryan revealed backstage that he had a challenge for The Fiend. At the Royal Rumble, he wants to make his title bout a Strap Match. One has to question the intelligence on that decision, with Bryan essentially tying himself to one of the most destructive forces in WWE. However, Bryan has managed to send him packing, so he may have what it takes to leave The Fiend laying at the Royal Rumble.